Lenovo Working On A Massive 18-Inch Tablet? As If The iPad Pro Was Not Big Enough 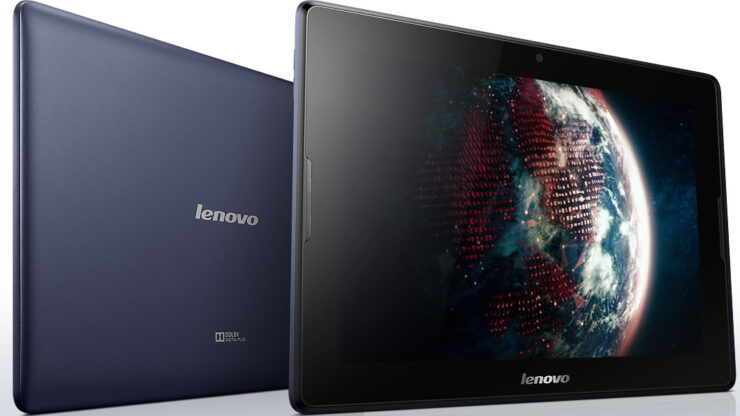 With an iPad Pro measuring in at 12.9 inches and Samsung going as far as to release an 18-inch slate, Lenovo also appears to have gotten into the game of releasing humongous tablets, and thanks to the latest benchmarking sheet, we now know that the hardware is not bad at all.

Samsung’s attempt at creating a massive sized tablet failed to impress in the specifications department, but it looks like Lenovo PB2-690N is going in the opposite direction. According to the specification details, the GPU present inside is an Adreno 510, which is present inside a Snapdragon 650. While Qualcomm might not have focused too much on its mid-ranged level of SoCs with products like Snapdragon 615, Snapdragon 650 is a powerhouse of a chipset, despite the fact that it is manufactured on the 28nm technology.

Present inside a Snapdragon 650 are Cortex-A72 cores, which are more powerful and efficient as opposed to Cortex-A57 processing cores. As you can tell from the specifications sheet, the resolution being rendered on the slate is 2560 x 1440, which a hexa-core processor and Adreno 510 GPU will easily be able to tackle. Additionally, it is stated that the tablet will be incorporated with 4GB of RAM and 64GB of internal storage. Knowing Lenovo, the company always ends up placing a MicroSD card slot in majority of its mobile devices, and we believe that this is not going to be an exception. 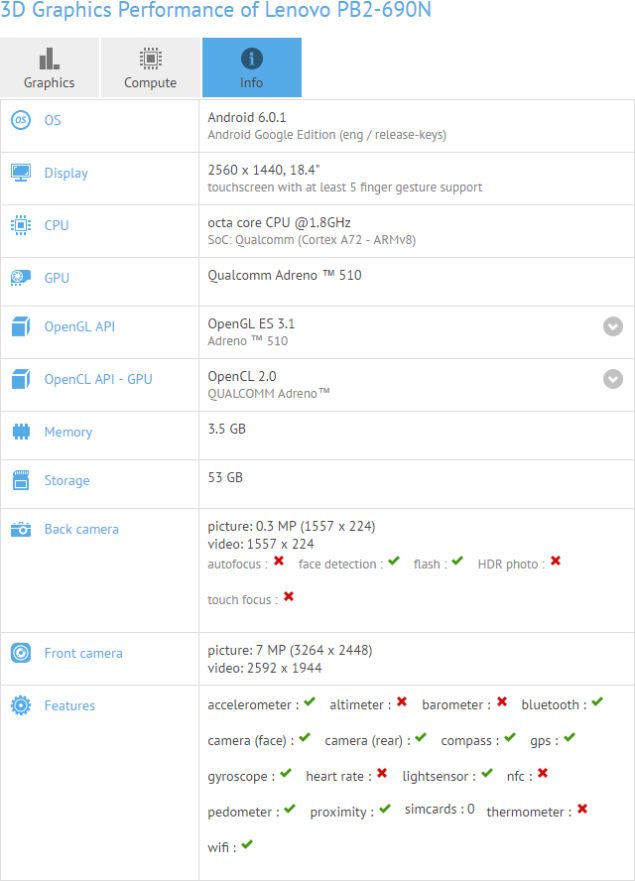 One of the things that did cross our eye was the fact that an 8MP front camera and 0.3MP rear camera are going to be part of the configuration, which is a huge turnoff, but honestly, why would you want a high-performance camera present inside something as big as an 18-inch tablet?

Pricing details are currently unavailable, but Lenovo has successfully been able to garner a significant piece of the market through competitive pricing, and we believe that if such a tablet is rolled out, then an affordable price tag should be expected. Our guess is that if the tablet is officially launched, it will carry a price tag of $549. What do you guys think of the latest tablet? Tell us your thoughts immediately.