The legendary chip architect, Jim Keller, has left AMD after joining the company three years back in 2012. The news comes straight from AMD who spoke to Hexus and confirmed another high-profile departure for AMD. Jim Keller who was working as the lead chip architect of AMD was also well-known and responsible for the development of AMD's Athlon K7 processors, AMD K8 microarchitecture in 1998 and Apple's A4/A5 SOCs in after joining Apple in 2008. 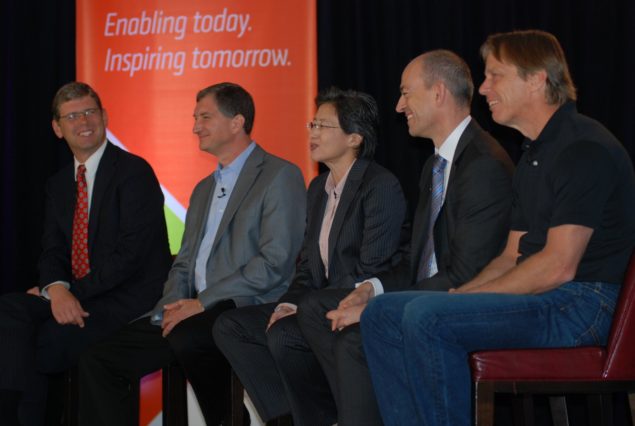 Back when Jim joined AMD in 2012, he and his team was responsible for the development of AMD's next generation x86 microarchitecture that is codenamed Zen and was revealed in 2014 during the Deutsche Bank 2014 Technology Conference. The departure of Jim Keller from AMD will definitely be a big blow for AMD fans and enthusiasts who have owned some of the best AMD products in the form of K7 and K8 processors but AMD has assured that it won't impact their public product or technology roadmaps. The reason said to be for Jim's departure happens to be him pursuing other opportunities but the statement from AMD's spokeperson assures that most of the work and development of Zen has been completed and the chip will soon reach completion phase before sampling starts.

Speaking to HEXUS, an AMD spokesperson has stated that "Jim was responsible for overseeing the teams defining the roadmaps for AMD’s CPU cores, systems IP, and server and client SoCs. "

Attempting to allay any fears over the impact of Keller's departure, the company adds that "Jim helped establish a strong leadership team that is well positioned for success as we enter the completion phase of the “Zen” core and associated system IP and SoCs."

"Jim’s departure is not expected to impact our public product or technology roadmaps, and we remain on track for “Zen” sampling in 2016 with first full year of revenue in 2017." via Hexus

A lot of credit goes to Jim as Zen is forming as a revolutionary core architecture that promises an overall 40% IPC improvement. Even in production phase, the team that Jim leaves behind will now be working under Mark Papermaster who will oversee the single most important product for AMD (x86 Zen). While speaking to Hexus, AMD revealed that Zen is on track for sampling in 2016 with first full year of revenue in 2017. It seems like Zen still has some time to go to hit consumer market as mentioned by the AMD's spokesperson own statement. It takes a long time for processor to reach production sampling and only after that the processors are deployed under mass production before they ship to retail channels. Since AMD expect first full year of revenue from Zen in 2017, it's possible we might see the Zen processors in either late 2016 or early 2017.

The news also comes a few days after AMD formed the Radeon Technologies Group which is a dedicated GPU and graphics division led by AMD's graphics guru, Raja Koduri. If AMD was ever to form a CPU division, then it might had been Jim Keller leading the team but now everything related to CPUs that includes Zen, SOCs and various other System IPs is an integral part of AMD and now being led by Mark Papermaster. Now one thing is confirmed that when Jim leaves AMD, the Zen chip is still under development and isn't ready. So in a way, the departure of Jim will affect AMD as they have Zen+ planned in the future which features another 15% IPC boost and the current team will have to work on enhancing the chip themselves without the expertise of Jim. The more important bit is that AMD hasn't said anything about K12 which is a custom ARM core that was also under development by Jim. The custom ARM core is to be a part of dense and high-performance ARM servers but we have yet to hear anything from AMD on that front. 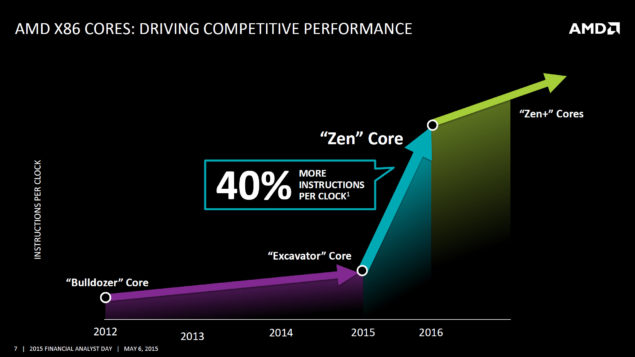 From previous details, we know that the next update to the FX CPUs will be based around the x86 Zen core architecture and will be feature on the AM4 platform which being a totally revised design, will adopt several key technologies such as Dual Channel DDR4 memory support and a decent feature set that reflects a true update on AMD’s product portfolio. Some details regarding the new FX CPUs will include high core count with simultaneous multi-threading support which Intel has been using on almost the last 7 generations of their core family. The new Zen CPUs will deliver 40% IPC improvement over excavator with an additional 5-10% IPC that will come later in the form of Zen+. The Zen processors will also ship with a high-bandwidth and low latency cache system which will be similar to Intel's eDRAM implementation which is a LLC (Last Level Cache) featured on the die to improve system bandwidth and offer lower latency.

All of these improvements will be true for both consumer and server/workstation class Opteron CPUs. The next generation Zen based Opteron APUs will feature high core count with multi-threading support along with disruptive memory bandwidth with higher native I/O capacity. These Zen cores will also be featured on the high-performance server APUs with multi-teraflops performance which will be added through both Zen and Arctic Islands powered discrete GCN graphics core while transformation memory architecture will be using both HBM and DDR4 high-density memory designs for higher bandwidth, delivering exponentially faster compute performance in a true HPC class APU design.