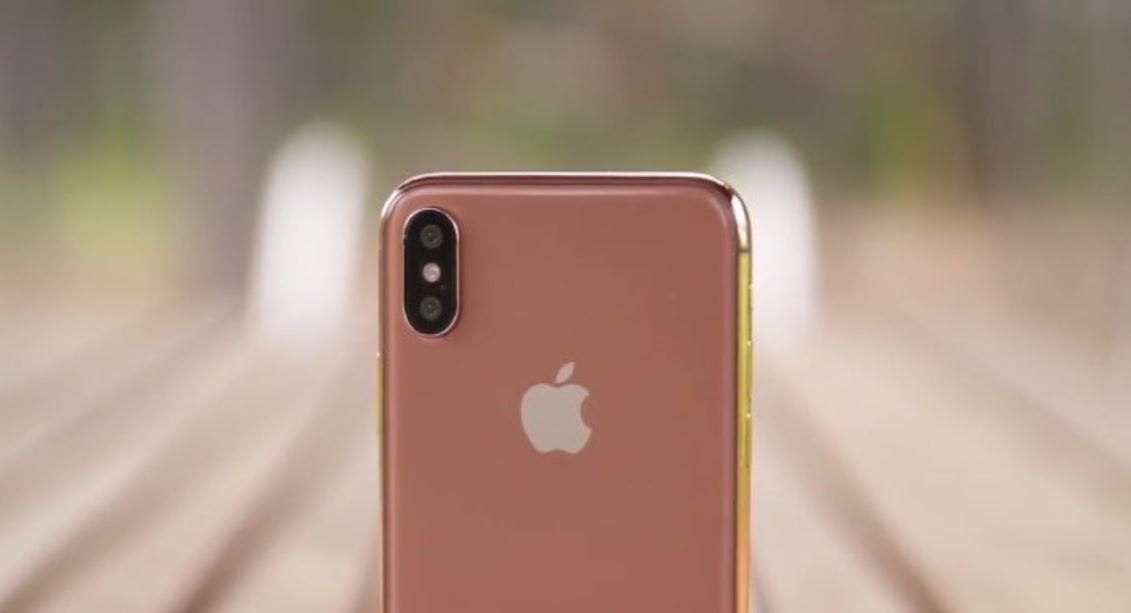 Last year, before the iPhone X was officially unveiled, there were several photos and renders depicting that a 'blush gold' color is imminent. However, it remained as a rumor and Apple did not have any intention to launch it. Now, as per a highly credible source, the color might be entering production. The photos of the new color were shared by Ben Geskin on Twitter which shows the rear as well as the sides of the device. In addition to this, a matching sim tray with the same 'blush gold' color is also seen. So let's dive in to see some more details on the matter and whether there is any possibility that the color will ever see daylight.

According to Geskin the color exists and Apple has probably saved it for a later unveiling. However, he did mention the safe side that there is a possibility that the option could still be discarded. At this point in time, there are two colors of the iPhone X available to users, space gray and silver. However, the iPhone 8 is available in the gold color option as well. Before the iPhone 8, iPhone 7 featured five different color options.

Apple was expected to unveil the iPhone x in 'blush gold' last year but it was scrapped due to production issues. Possibly, the production issues that stemmed from the TrueDepth camera setup became the reason for the option to be forgone.

if the rumor is true by any mean then we can expect that a new color is on its way to this year's iPhone model. A new color option is always a welcome addition and adds to the list of the existing colors for a specific model. We will share more details on the matter, so be sure to stay tuned in for more details.

This is all for now, folks. What are your thoughts on the 'blush gold' color option for the iPhone X? Share your views with us in the comments.