Till now, Samsung had done an astounding job wrapping its big release, Galaxy S6 but the surprise was ruined by last minute leaks, just like the HTC. The previous day, an XDA user started posting pictures of a device which seemingly is the Galaxy S6. Though the device seems surprisingly awesome, this is all for designed leaks so far but you never know what to expect. There are two variants being released according to the leaked images, the Galaxy S6, which is the standard version and the other has a curved display, the Galaxy S6 Edge. the curve seems to be a unique design but lets roll down for some more details in the software category. 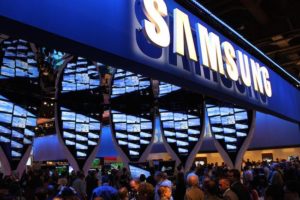 Until now, there was not any major leaks for the Samsung's Galaxy S6 applications and screen real estate. Well not today, because recently an XDA Developer from the board forum released some images or screenshots which are alleged to be Galaxy S6's apps. The screenshots leaked show four applications  of Samsung's flagship and to be precise, these screenshots tell a lot about the display and user interface.

Moving on, the screenshots reflect a simplified and cleaned up TouchWiz, yet pouring elegance and sophistication. The toggles are a lot reduced along with menus and options which gives the Galaxy S6 a premium look from the inside. No wonder why Apple has a straight cut to the edge user interface. A lot of sub-menus are also dis-amplified for the provision of a cleaner design language and stress free interference. Talking about the interface, Samsung has emphasized the Material Design aspects of the display and it seems the Korean giant really took it to heart. By the look of it. the guidelines of Material Design adopts more than enough white-spaces  and exquisite bold colors which represents the Lollipop 5.0. The Galaxy S6 also carries a neat and simplified look of the new S Note application. If you don't believe us, check out the screenshots for yourself!

We would have given you a download link to these applications but due to copyrighted material, we'll have to turn it down. However, they can still be downloaded from the XDA Developers Board. As for now, enjoy the release of Galaxy S6 and S6 Edge on 1st March. Feel free to share your thoughts about the screenshot and the upcoming event.