Latest Report: Galaxy S7 To Be Released This Year

This is an interesting turn of events. In addition to releasing its Galaxy S6 Edge Plus and its flagship phablet, Galaxy Note 5, Samsung is also being reported to release its Galaxy S7 during the second half of 2015. Thanks to the reports published by South Korean media Newsis, Samsung is intending to launch the successor of its Galaxy S6 duo much quicker than expected. While Galaxy Note 5 is expected to be launched during the month of September, one reason why Galaxy S7 will be released would be to take on Apple’s iPhone 6s duo, and that should be quite a matchup. 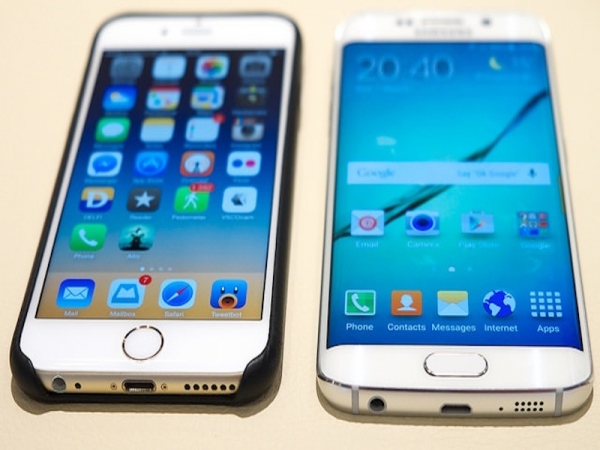 The source reports that Samsung has already begun to work on its Galaxy S7 approximately 2-3 months ahead of schedule. Looking at the previous timelines, Samsung has always launched its flagship handsets during the first quarter of the year. If the report turns out to be true, it will be first time in history that Samsung will be launching two Galaxy S smartphones in the same year.

As for the hardware specifications, it is expected that Samsung will be assimilating its own custom cores inside Galaxy S7, although taken that we are still in the year 2015, the architecture will still remain at 14 nm FinFET. In addition to releasing a flurry of smartphones, Samsung will also be releasing its Galaxy Tab S2 slate, which is expected to be running the company’s impressive Exynos 7420 SoC; the same one running in the company’s Galaxy S6 duo.

Although Galaxy Note 5 will be sufficient to take on Apple’s upcoming smartphone offerings, it appears that Samsung does not want to take any chances, as Apple's iPad Air 2, with its one of a kind A8X SoC is no lightweight when it comes to performance. With the release of Galaxy S7, Samsung will be able to even out the odds. Let us hope that the rumor turns out to be true.

Are you getting geared up to witness Galaxy S7 in action this year? Let us know your thoughts.