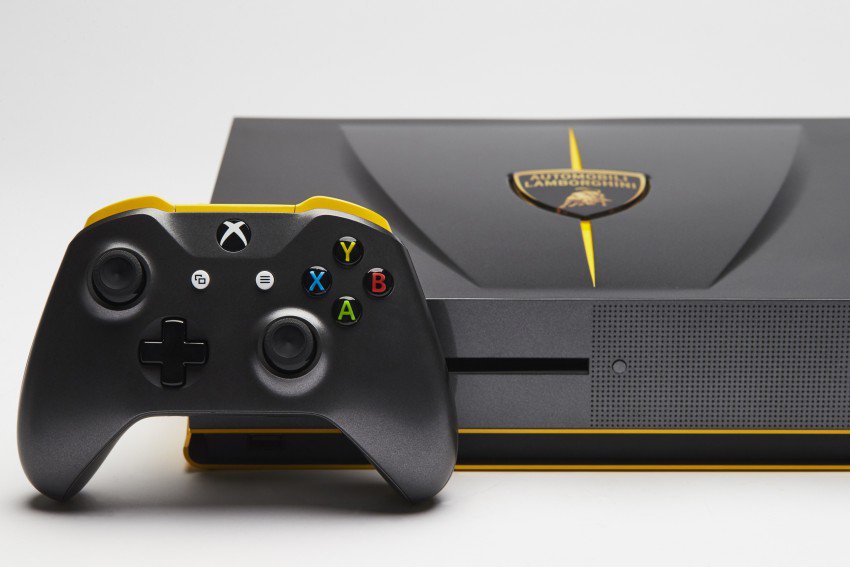 Custom consoles are becoming more and more common, but this one-of-a-kind Lamborghini Centenario Xbox One S is truly jaw-dropping.

To celebrate the launch of Forza Horizon 3, which takes the racing series to Australia, Microsoft Australia is offering fans a chance to win this single custom-built Xbox One S console.

To be able to win this beauty, you’ll need to purchase either the standard or ultimate editions of Forza Horizon 3 from 27th September until 2nd October – either at the Microsoft Store in Pitt St or online. Entries will go into a draw which will take place after October 2. Those who have pre-ordered or bought the game early, can opt into the draw by sending their proof of purchase in a private message to the Microsoft Store Facebook page.

Check out some amazing screenshots from the console, and its controller, in the gallery below:

This is what Microsoft said about the custom Lamborghini Centenario Xbox One S.

“Much like the $2 million dollar car that inspired its looks and also features on the cover of Forza Horizon 3, the first and only Lamborghini Centenario Xbox One S is reminiscent of the Italian manufacturer’s striking design and state-of-the-art engineering. With its gunmetal body, matching wireless controller and signature yellow trimmings, the console truly looks as sleek as it sounds!”

The console is currently on display at Microsoft’s flagship store in Sydney (Westfield Sydney, 188 Pitt St, Sydney NSW 2000) as of today.

Microsoft announced the third installment in the Horizon series back in June of this year.

I’m thrilled to share that this morning at the E3 Xbox Briefing, we announced the newest entry in the Forza franchise, Forza Horizon 3 – which arrives worldwide this September 27, exclusively on Xbox One and Windows 10 PC as an Xbox Play Anywhere title", wrote Alan Hartman, Studio Head at Turn 10 Studios.

"This time around, we’ve taken the Horizon Festival to Australia, which has allowed us to create the largest, most diverse, beautiful, and fun open world we’ve ever built – twice the size of Forza Horizon 2 – all powered by DirectX 12 and the latest version of ForzaTech."

Forza Horizon 3 releases today for Xbox One and Windows 10 PC. The game's "Ultimate Edition" was released on September 23.