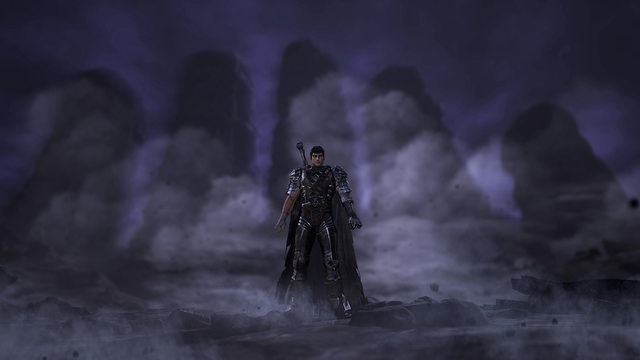 Koei Tecmo's upcoming Berserk Musou is a dream come true for fans of the popular manga series created by Kentaro Miura. With main character Guts constantly having to deal with hordes or dangerous creatures, the series is just perfect for a Musou game. We haven't seen much of the game outside last week's trailer and screenshots, but today a few more screenshots emerged online, showcasing playable characters and more.

The new Berserk Musou screenshots, which can be found right below, showcase one of the Guts' companions, Schierke, as she uses two powerful elemental spells, a couple of new locations and more. One of the screenshots seem to confirm that the game will also cover the Tower of Conviction arc, an action packed story arc with some very important developments toward its end.

Koei Tecmo's Berserk Musou will cover most of the Berserk story, starting from the beautiful Golden Age arc until the Millennium Falcon arc. Scenes from the original anime and the movies will obviously be in, with the story getting expanded with interactions never seen before,. Multiple playable characters will also be in, in true Musou fashion, with Gatsu, Griffith and Schierke already confirmed.