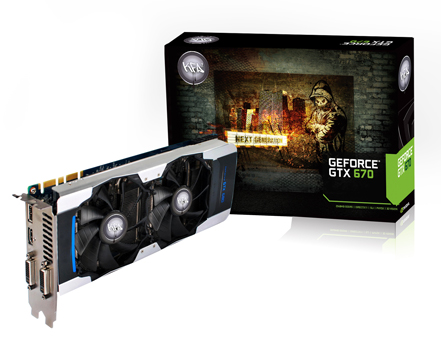 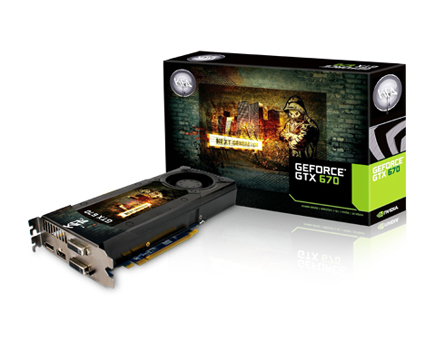 Faster -Dynamically maximize clock speeds with NVIDIA® GPU Boost technology to bring out the best performance in every game.

“The new KFA2 GeForce® GTX 670 EX OC produced with custom dual fan cooler is built with specially designed fan blades that significantly reduce noise even at high speeds for a quieter card and more enjoyable gaming experience, in addition with the Innovative new GeForce® architecture this card will prove to be a highly popular product of choice, based on its price Vs performance.”

The KFA2 GeForce GTX 6 series are backed by a 2 year warranty and will be available at leading online and in-store retailers throughout Europe.