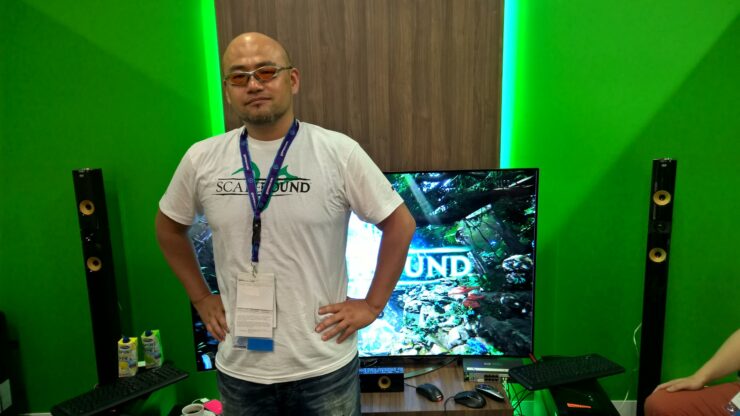 Hideki Kamiya is well known to gamers worldwide for his work on franchises like Resident Evil, Devil May Cry, Viewtiful Joe, Okami, Bayonetta, and The Wonderful 101. As you might recall, his latest project (Scalebound) was recently canceled by Microsoft after several delays.

In an interview with IGN, Kamiya revealed that his next game will have to carry his signature gameplay.

More than anything. I want to make something that really waves the Kamiya banner proudly. A game where you will know instantly that it came from me.

Looking at his past titles, frantic and exhilarating action combat is definitely the first thing that comes to mind. Kamiya also said that he recently pitched a game to PlatinumGames and the response was more enthusiastic than he had expected.

Recently, I actually gave a presentation within the company for a game I’d like to make. Attendance was on a voluntary basis, not mandatory. I just said, ‘I’m going to talk about a few ideas I have, so if you’re interested, just show up.’ And the biggest meeting room that we have in the company was packed out. Out of the people who did come, there were a lot of people who had worked on Scalebound with me, and I was really happy that they came, because we have had some trying moments together. It felt good to know that they would put their faith in me again, and I want to make sure I honor their trust and that something good can come out of it.”

“I was getting lots of feedback. If you’re in a small room, where you have a group of 5 or 10 people, it’s easy for people to exchange opinions. But if you get 50 people or more in a room together and you then say, ‘OK, question time, does anybody have anything to say?’ usually you hear crickets, because no one wants to speak up. But not this time. Everybody just kept firing off question after question and we went over time. So I was excited about that.

It does sound like it'll be a while before we'll be able to hear about the game, though, and the same may be true as a whole for PlatinumGames. The studio recently released the excellent NieR: Automata and was occupied with Scalebound until January or so.

Still, in the meantime we might get more PC ports of their titles - after Bayonetta and Vanquish, Anarchy Reigns could be next.

Project GG Won’t Be Set in Japan, It’ll Be More Than an Action Game and It’s Not Too Far Off