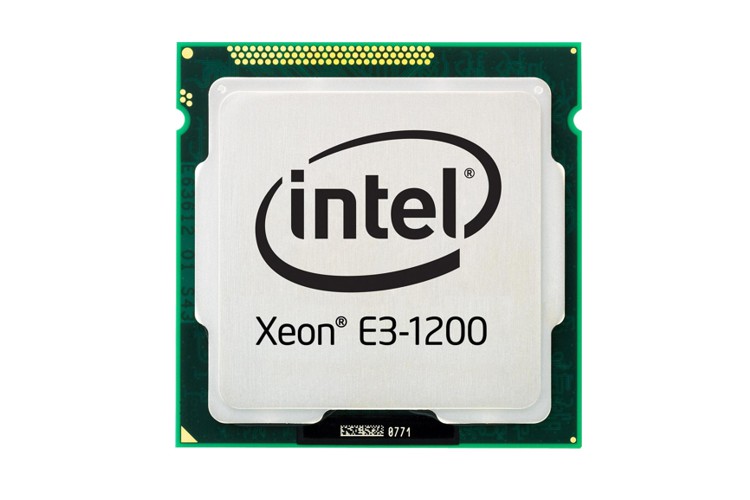 Intel’s Kaby Lake is the third step in Intel’s PAO (Process, Architecture, and Optimization) philosophy and the Xeon E3 1200 counterparts of the same have been leaked out. Featuring the v6 designation the Xeon E3-1200 v6 lineup boasts the Kaby Lake architecture and improved clock rates over their former Skylake based counterparts - they will remain however, for the time being, quad core processors.

The Xeon E3-1200 v6 series lineup is being led by the Xeon E3-1280 v6 which boasts a clock speed of up to 3.9 Ghz - this is an increase of almost 200 Mhz over its predecessor, which when coupled with the architectural gains involved here (which should be less than 5%) will mean significant speedups in enterprise scenarios. The TDP is set at 74W and a cache of 8MB is shared between the 4 cores. It is also worth noting here that we do not know for sure what chipset the processors will support. Usually, with every release of a E3 1200 iteration, support for the previous chipset is discontinued. It remains to be seen whether this is the case here as well.

Then come the Xeon E3-1270 v6, Xeon E3-1240 v6 and Xeon E3-1230 v6. The clock speeds of these processors are 3.8 Ghz, 3.7 Ghz and 3.5 Ghz respectively. Just like the 1280 v6 this is a significant speed up from their predecessors with clock upgrades of 200 Mhz, 200 Mhz and 100 Mhz respectively. The cache for the entire lineup remains at 8 MB shared and the TDP remains fixed at 74W. It is worth adding here that the TDP itself is also an architectural upgrade over Skylake - which featured a fixed TDP of 80W.

And while this may not seem like much to the laymen you are actually looking at a performance/watt increase of 13-15% which can make a huge difference in enterprise scenarios. Lastly, we have the Xeon E3-1220  v6 processor which does not have hyper threading enabled so you are looking at 4 cores and 4 threads. The clock speed remains 3.0 Ghz just like its predecessor while the TDP has gone down to 74W.

Lastly we have the special edition Xeon chips which end in the "5" digit - including the Xeon E3-1275 v6, Xeon E3-1245 v6 and Xeon E3This indicates that the chip has an integrated iGPU and in the case of Skylake this was the Intel HD graphics P530. With Kabylake this is probably going to rock the updated configuration with Gen9 architecture. Because of the increased TDP requirements of having a GPU onboard these processors have a TDP of 78W.  The clock speeds remain more or less the same only the Xeon E3-1225 v6 processor features an upgraded clock speed of 3.3 Ghz.