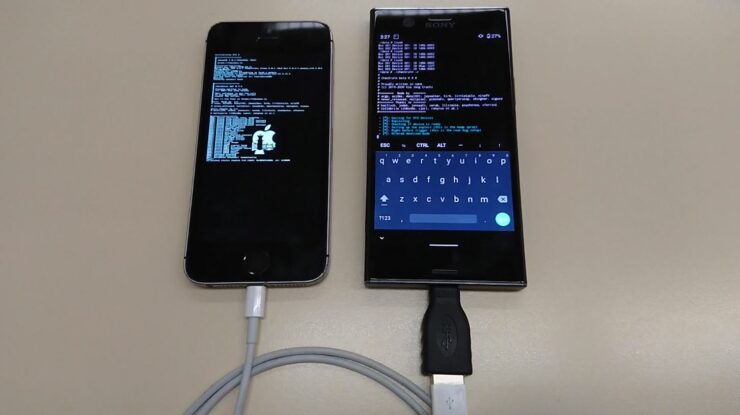 Checkra1n jailbreak was recently updated to support devices running Apple's A9 to A11 chips on iOS 13. The Checkra1n jailbreak is based on the checkm8 exploit and it can jailbreak all iPhone models up to the iPhone X. However, there have been some new advancements in the field where you can jailbreak your iPhone using an Android smartphone or tablet.

You Can Now Jailbreak Your iPhone Using an Android Device

Yes, you have read that right, an Android phone can now jailbreak your iPhone using the Checkra1n tool. It came to light after the exploit was available with support for Linux, which ultimately allowed the device to use the tool on devices running Android.

At this point in time, the Checkra1n jailbreak tool is not available for Windows due to some development issues.  This means that users have to make use of either a Mac or a PC running Linux to jailbreak their iPhones. If you don't have access to either, you can use an Android device to perform the required operations.

[News] It is possible to run checkra1n from an Android device! from jailbreak

All you will need is a USB-C to Lightning cable or a USB-C to USB-A adapter. Basically, you have to connect your iPhone to an Android device. However, there's a minor catch that you must take note of. Your Android device must be rooted or you will not be able to use the Checkra1n tool to jailbreak your iPhone.

However, the process is fairly simple and pretty straight forward. Just download the Checkra1n jailbreak tool, put your iPhone or iPad in DFU mode and use the terminal app on your rooted Android phone to initiate the procedure.

As mentioned earlier, the process isn't that complex but it's a bit lengthy. However, at times of need, you can jailbreak your iPhone using an Android device on the go. What do you think about it? Is it really necessary? Let us know in the comments.

Facebook Begins Rolling out Dark Mode for iPhone and iPad