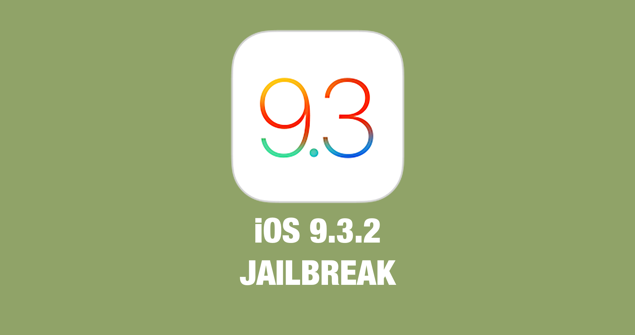 Can you jailbreak iOS 9.3.2 on iPhone, iPad, iPod touch? We will go through everything that you should know at this current point in time.

Jailbreak iOS 9.3.2 Status And Everything You Should Know

iOS 9.3.2 is a very minor update, and it leaves a lot to be desired, depending on the perspective you're looking at it from. But still, it's a much needed maintenance release from Apple, and one that got a lot of airtime on the Apple developer and public beta channels before being deemed ready ready for prime time. In other words - it's a release one should not pass up on, until or unless you're looking forward to jailbreak iOS 9.3.2.

Currently, if you're hoping to jailbreak iOS 9.3.2, then you'll be disappointed to learn that there's absolutely no tool that can liberate Apple's latest firmware for iOS devices. In short, it's a far more better idea to stay on iOS 9.3.1 than being on iOS 9.3.2. After all, iOS 9.3.2 does pack with it a bunch of security fixes, which means there's a high chance that Apple might've sewn shut a vulnerability (or a bunch of them) that could've potentially allowed an iOS 9.3.2 jailbreak to happen in the first place.

If you did manage to find yourself sitting on iOS 9.3.2 right now and are looking to downgrade to iOS 9.3.1, then you'll be pleased to learn that Apple is currently signing iOS 9.3.2 firmware, making the downgrade possible. Simply follow our guide posted here on how to downgrade from iOS 9.3.2 to iOS 9.3.1.

The jailbreak community works round the clock to make sure they come up with a working jailbreak solution. But lately, the silence from the community has left a lot of users in limbo. Also keep in mind that doesn't absolutely mean that work is not being done in the background. For instance, the first ever iOS 9.x jailbreak arrived through a wall full of surprises with next to none tease for the solution beforehand. Could we see the same happen for iOS 9.3.2 jailbreak? Maybe. But is it a good idea to update to iOS 9.3.2 for the sake of a jailbreak? We wouldn't quite recommend it, until or unless a prominent member of the jailbreak community stands up and gives us the green light.