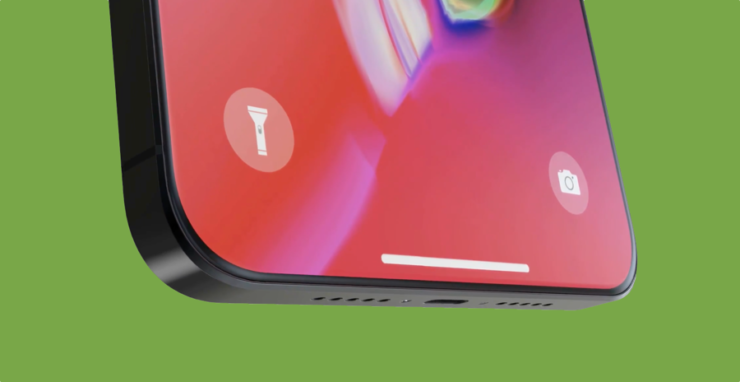 Ever wondered what the iPhone SE 2 (if ever released) would look like with an edge-to-edge display like the one on the iPhone X? Look no further than this concept then.

Someone Imagined the iPhone SE 2 with an iPhone X like Display, Complete with the Notch and Glass Back

In order to appease users who love the 4-inch display size, Apple released the iPhone SE last year. The device did receive a small upgrade during the time leading to the present day, bumping the base storage from 16 to 32GB. Apart from that, we got nothing at all. No major refresh, nothing.

There are even rumors floating around that Apple might come through with an iPhone SE 2 some time during next year. Until that happens (or not) someone took the liberty to conjure up an iPhone SE 2 concept, featuring a marvelous looking edge-to-edge display like the one on the iPhone X. It even features the same notch. Have a look below.

Now, while the concept might not be the best we've seen in recent times, it gets the point across in a marvelous way. Squeezing a display that big in the size of the iPhone SE body would be an engineering marvel to say the least. Also, the glass back, if it has any point at all, will bring wireless charging to Apple's smaller smartphone. This is something which should come standard in pretty much everything these days. Furthermore, the iPhone SE 2 comes with a single lens configuration. Meaning that it would not feature the much-loved Portrait mode from the iPhone X, iPhone 8 Plus or the iPhone 7 Plus.

Despite being an aging device, the iPhone SE still has a place in today's smartphone market. Though big displays are great and all, nothing beats the convenience of a phone that is easy to handle and offers stunning battery life. In fact, the iPhone SE does everything that its larger counterparts can. There is a chance Apple might have some 'big' plans for its small smartphone next year.