The Next iPhone To Have OLED Screens? Apple And Foxconn Enter Partnership

With having reportedly failed to launch its iPhone 6 and iPhone 6 Plus flagships with Sapphire display last year, looks like Apple is looking to make several changes along its supply chain to accommodate the next iteration of its smartphone lineup. The company was reportedly entering into a new partnership with its major component supplier and manufacturer Foxconn to build an entirely separate plant for Apple components. Well, more details have surfaced today about that new plant, courtesy of the Japanese. 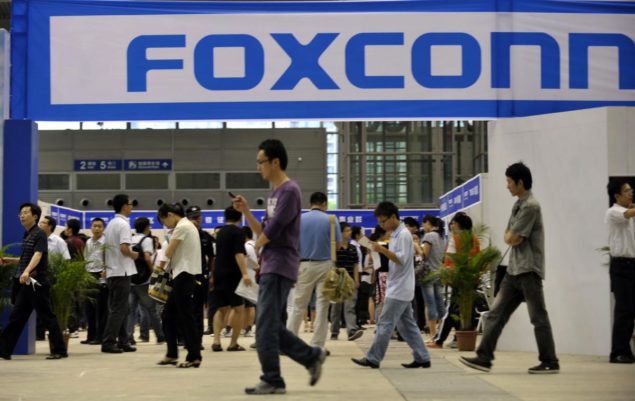 Apple Reportedly Looking To Switch To OLED Displays For Its Devices This Year.

According to the Japanese, Foxconn's new plant in Taiwan will be churning out OLED displays for Apple's smartphones and wearables. The Apple Watch currently uses a flexible display manufacturer by LG, who also showcased its very own dual edged curved smartphone display panel earlier today at CES. If the reports turn out to be true, then Apple would finally be choosing to upgrade the display panels for its iPhones.

Apple's iPhones have stuck rather resiliently (which is Apple's tradition) to simple LCD display panels, albeit with display and resolution enhancements in the form of Retina and Retina HD displays. But before you get your hopes up on the next iPhone featuring OLED displays, there's a catch. The Foxconn plant isn't expected to be operational by the end of this year, so any OLED display changes should be expected on the iPhone 7, given that Apple chooses to follow the current nomenclature for its smartphones.

The current goal of Apple's supply partners is to put OLED displays into limited production by 2016, so any display changes for the iPhone and the Apple Watch should be expected to occur slowly. Nevertheless, an interesting development anyways as Apple did face excessive demands especially for the iPhone 6 Plus last year. Will Apple introduce OLED to the iPhone and is too late? Let us know what you think in the comments section.