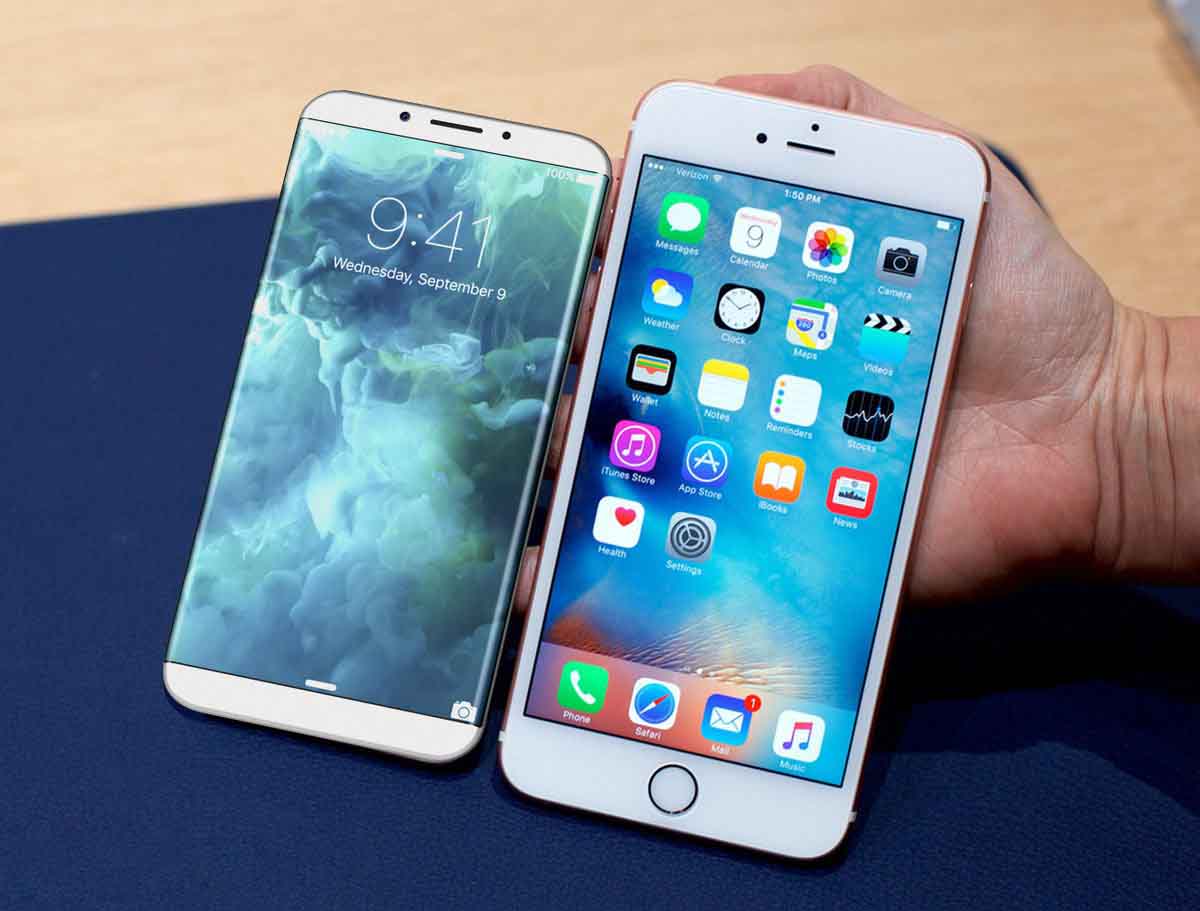 It is no secret that both the iPhone 7 and iPhone 7 Plus feature large bezels that contribute to their large sizes. In fact, most people would complain that the iPhone 7 Plus is absurdly big but this gripe will eventually be behind them once the iPhone 8 is released. The upcoming flagship might have a rumored 5.8-inch display, but this latest size comparison reveals that the latter will indeed be a comfort when being carried around in your pocket.

Benjamin Geskin shows two models, possibly dummy versions of the iPhone 8 and iPhone 7 Plus. Where the iPhone 7 Plus towers over the iPhone 8, the flagship that will tout an edge-to-edge glass will certainly deliver more comfort when being used by potentially millions of users worldwide.

Rumor claims that the iPhone 8 will have a 5.8-inch display and compare that to the iPhone 7 Plus, which features abnormally large bezels and a 5.5-inch display, there is definitely going to be a vast size and weight difference separating the two phones.

However, there is one obstacle that stands in Apple’s way. Normally, large phones command a bigger battery capacity and in the iPhone 7 Plus, a 2,900mAh cell is situated in the phablet. Though the iPhone 8 features a bigger size, its smaller footprint means that Apple might have to sacrifice on the battery capacity.

iPhone 7 Plus vs #iPhoneX pic.twitter.com/NdNnv1g5Ee

Fortunately, a separate rumor reveals that the tech giant could be using a substrate-like PCB, which is eventually going to be adopted in more phones that feature crisp thin bezels. This will make the logic board more efficient when consuming juice from the battery, which will end up being beneficial all-around since it will result in higher screen-on time for iPhone 8 users.

Apple might also use an L-shaped PCB which will allow it to incorporate a larger-sized battery. This PCB might also be found in future devices, but the iPhone maker has definitely made the smart choice before the imminent arrival of the iPhone 8.