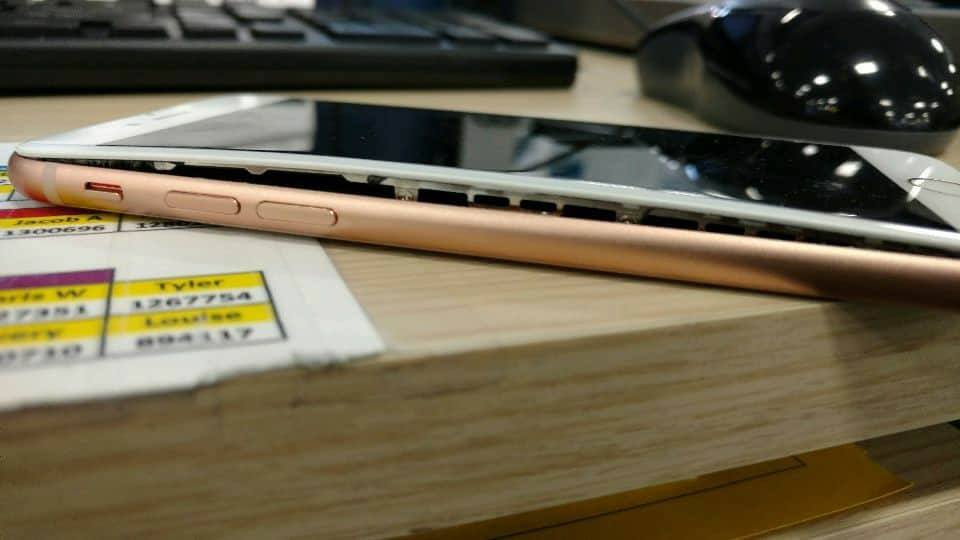 It is not just the iPhone 8 Plus that has been reported to have its display split from the rest of the chassis. The battery swollen issues have also branched out to the iPhone 8, with the first reported incident taking place in the U.S. Apple has said that it is working to come to a conclusion pertaining to these issues but it appears that the company’s investigation must be more expeditious than this.

According to the Best Buy employee, the device in question was the iPhone 8 and had been suffering from the same swollen battery issues that the iPhone 8 Plus were afflicted with. According to the employee, the model had been brought in for repairs, but it is interesting to note why the device was not taken to an official Apple retail outlet where a helpful representative would be better able to provide after-sales service to the owner.

It should also be noted that the owner did not provide a lot of detail on how the smartphone was being used or if the phone was like this as soon as it was removed from the box. All manufacturers continuously advise that the pairing of a mobile phone with chargers and cables that are not certified can lead to battery havoc but it looks like unless the report gets updated we will be kept in the dark for now.

Speaking of being kept in the dark, even Apple has failed to deliver a conclusive analysis on these display splits that continue to haunt iPhone owners. Sure, some manufacturing defects happen from time to time, but the same issues taking place with multiple devices? Remember that the iPhone 8 is going for $699 for the base model and Apple is going to have to come up with a proper explanation as to why these incidents keep taking place.

As for users, it is paramount that you use the bundled charger or cable provided with the iPhone or at the very least purchase an MFi-certified charger and cable to provide juice to your device.