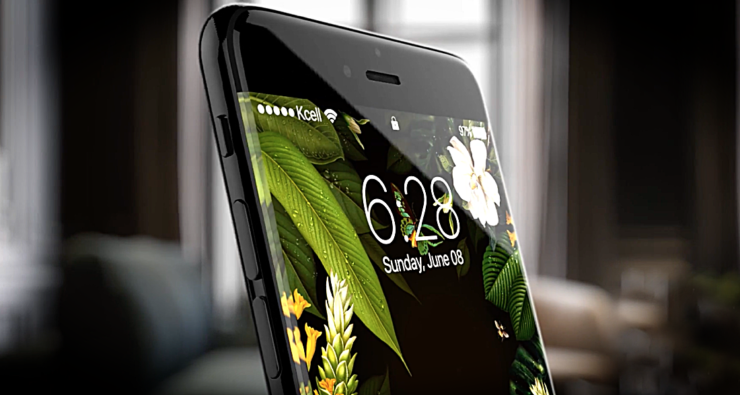 It's official folks. Apple will launch the iPhone 8 in less than two weeks. The smartphone will be a major upgrade for the lineup, which is witnessing declining user interest. The iPhone 8 is the most anticipated iPhone over the past couple of years. This is due to a lot of rumored upgrades for the smartphone. However, while several technical details are almost crystal clears, some basic information for the smartphone is still in the dark. Today, we've got more component leaks for you. Take a look below to find out more.

This year's iPhone will feature a lot of upgrades. The biggest will be OLED displays, as Apple's managed to finally churn up enough supply chain capacity for mass production. Users have lamented the lineup's lack of OLED for a long time. But, even though the iPhone 8 will feature OLED, it'll cost you above $1000, so be ready to shelve out serious cash if you want good displays on an iPhone.

The smartphone will also feature a vertical rear dual camera setup. This will facilitate VR for the smartphone and mark it as the first flagship, Android or iOS with such a serious focus on the feature. The iPhone 8 will also feature facial recognition, set to replace Touch ID according to some very shaky sources.

Now, we've got some alleged images for the device's lightning and speaker modules. Apple made a major shift last year when it chose to remove the 3.5mm earphone jack on the iPhone 7 and iPhone 7 Plus. This year it'll follow a similar trend, and introduce a rather unconventional motherboard design. The iPhone 8 will feature a L-shaped, two pieced motherboard divided by connectivity and processing. This will reduce the space required for internal components, a big necessity due to extra room required by wireless charging.

Finally, new sources claim no iPhone 7s or the iPhone 7s Plus for 2017. The device that's commonly referred to as the 'iPhone 8' is in fact the iPhone Edition, as we told you two weeks back. A second source just corroborated this information today, so maybe the iPhone 8 will be just a regular iPhone with a glass build and wireless charging. We'll find out soon enough. Thoughts? Let us know what you think in the comments section below and stay tuned. We'll keep you updated on the latest.