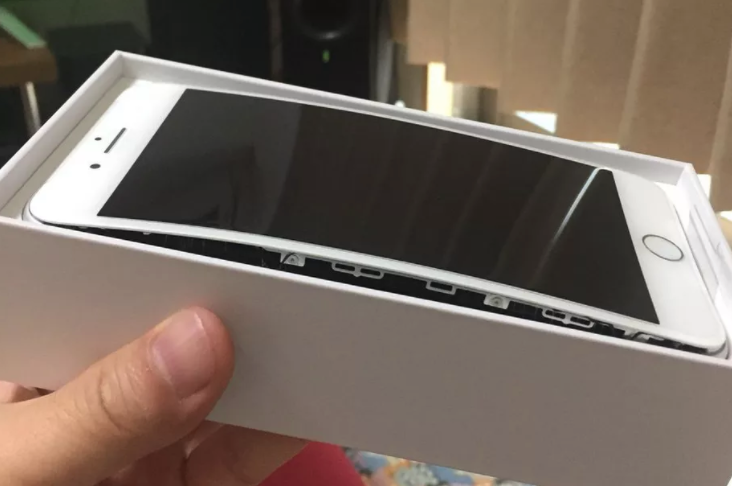 A brand new incident involving iPhone 8 Plus swollen batteries has been given form once more, putting more pressure on Apple to investigate the issue as to what is really going down inside the phablet version of the lineup.

It is quite surprising that the 5.5-inch phone would split open like this especially when separating the display side of the handset itself requires a lot of force and delicate hands plus a combination of prying tools.

In case you wondered, both the iPhone 8 and iPhone 8 Plus are stuck together using water-resistant adhesive and getting that removed is a chore on its own. As far as the incident is concerned, China’s state-backed ThePaper.cn cited that an iPhone buyer surnamed Liu stated that his newly purchased iPhone 8 Plus arrived cracked open on October 5.

There was no sign of scorching or an explosion, meaning that the phone was like this before the device was plugged into the wall outlet. An Apple spokesperson said the company is looking into the matter and declined to comment further but so far we have yet to see any development from the tech giant’s side as to why this is happening.

Normally, customers are advised to use the same accessories that come with the phone or use a certified 3rd-party charger and cable to provide juice to the iPhone, but in this case, the phone had split open before the owner had even removed it from the packaging.

Though millions of phones manufactured will have some form of defect in them which is why Apple offers stellar after-sales service of its products, identical issues point out that either a specific component or manufacturing defect could be occurring where consumers are met with crippled phones.

What do you think could be the reason for owners receiving damaged iPhone 8 Plus devices? Tell us your thoughts down in the comments.