According to a newly published iPhone 8 rumor, the device could feature a curved OLED display panel.

See, the iPhone 6s and iPhone 6s Plus have barely launched properly, and they won't hit retail channels before the 25th of September, this coming Friday. And to top things off, we have absolutely no clue what the iPhone 7 would even look like, and details regarding the device are very, very sparse. But today's report, coming out of South Korea, suggests that Apple's iPhone 8 will come packed with a curved OLED display.

The report also suggests that current Korean display makers have been showing off their curved display technology to Apple executives, and it appears as though that they are sold to the idea. Now, given when the iPhone 8 will launch, we'll advise our readers to take this whole thing with a pinch of salt. Currently, it's a rumor at best with no weight to it, but we actually like the sound of it.

Curved display phones are something that are slowly piquing the interest of a lot of users out there, and Samsung has been at the forefront when it comes to highlighting the trend to the masses with its Galaxy Note Edge, Galaxy S6 Edge and of course, the Galaxy S6 Edge+ smartphones. Although, there aren't many practical uses of a curved display phone, apart from it being pure eye-candy, but with time we are certain that such a technology will become the norm in the tech space.

Will Apple come out with a curved display iPhone at any point? That is absolutely pure speculation at this point. But we can't rule out the possibility of it. After all, Apple did start a movement against the stylus and eventually announced its own, the Apple Pencil. 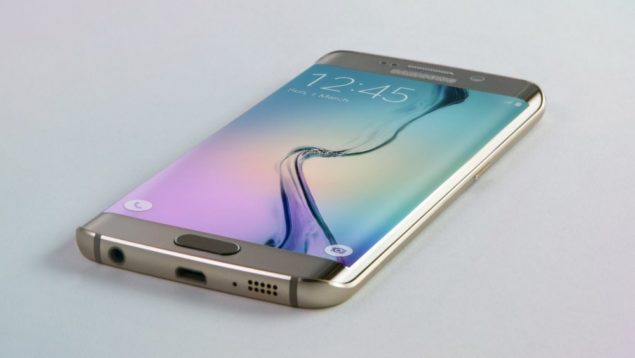 Even if Apple does announce a curved screen iPhone (8?) it would be interesting to see what sort of design the company would go with, and how will it utilize the curved edges. If Samsung's implementation is anything to go by, then we shouldn't expect a curved display iPhone to be more than a novelty offering. But still, everything being said at this point is pure speculation and nothing else, so let's not get too carried away.

What do you think about the above report? Do you think Apple will eventually come up front with a curved display iPhone? Do let us know your opinions, in the comments section below.