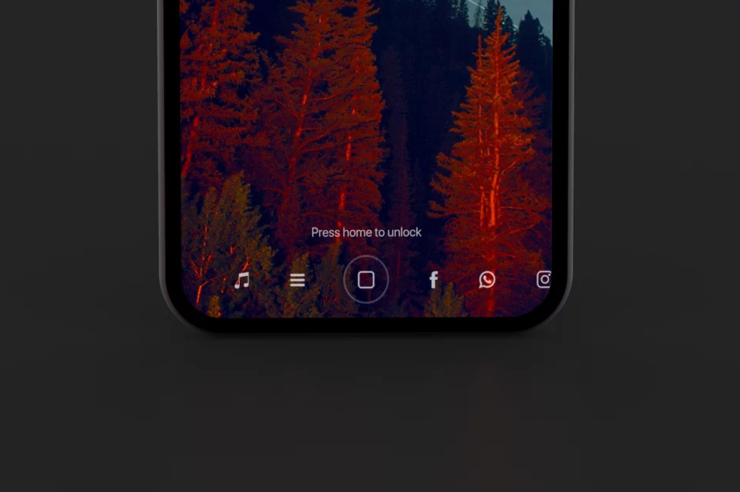 The edge-to-edge display of the iPhone 8 and its overhauled design are two of the many reasons why you must be eagerly waiting for the arrival of the smartphone in September. However, if you wanted to see how the device looked before its actual announcement, a dummy unit of the handset has popped up on the internet, giving you guys the first glance at what could be the biggest smartphone launch of this year.

Twitter is one popular area of the internet where you will find several leaks present and Benjamin Geskin has become a known prowler on the microblogging website and posts timely news related to the upcoming iPhone 8. Now, he has posted a hands-on video showing the smartphone’s exterior and you can clearly see that the smartphone does not feature a home button.

This could mean that the device might have an on-screen button in position and that the fingerprint sensor might be present underneath the display. In addition, a major portion of the smartphone’s front side is covered with what appears to be an OLED panel, thus confirming continuous rumors that the iPhone 8 will have a near bezel-less form factor. It also looks like the exterior of the device employs a metal and glass approach, since that is the combination you will require to incorporate wireless charging support to a smartphone.

As for the price tag, one analyst has previously claimed that while the iPhone 8 will also cost the user above $1,000, that is going to be for the upgraded version, with the base variant expected to cost $870. The iPhone 8 has been rumored to get a 5.8-inch display coupled with a near bezel-less form factor. It is going to be a slobber-knocker of a phone thanks to the A11 SoC found beneath the hood and before you ask, it is going to be manufactured on the 10nm FinFET node.

What do you think of the latest hands-on video of the iPhone 8 dummy? Let us know down in the comments.