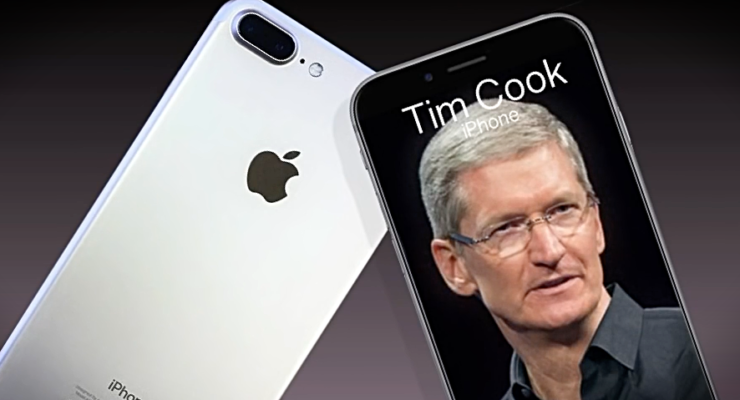 A new iPhone 8 concept has surfaced online that takes features to the edge in a lot of ways, especially with its Touch Bar.

The Touch Bar made its big debut on the new 2016 MacBook Pro. As usual, when the tech made its way onto Apple's new laptop, pundits began to wonder whether or not the thin display will make its way onto other Cupertino products. The iMac seems like an obvious suspect, of course. But the iPhone is the least obvious device from the entire lineup. Why? Because the device already has a massive touch-screen slapped on its front. Nonetheless, concept designers aren't taking it as an excuse to pass up the Touch Bar on an iPhone, and have imagined it on the upcoming iPhone 8 handset.

Apart from the Touch Bar, which looks obviously out of place, although cool, the iPhone 8 concept packs in a decent amount of features as well. For instance, the phone ditches Lightning for Thunderbolt 3, making room for faster charging and 40Gb/s transfer speeds. The device even features wireless charing, something which Apple will never bring to its smartphone, it seems.

The Touch Bar borrows a trick straight from the new MacBook Pro, integrating Touch ID into the same hardware. While it sounds cool and all, but having a dedicated Home button with Touch ID sounds more appropriate, doesn't it? You have the complete option to disagree with me, of course.

The display, which the concept designer hasn't touched upon in detail, features close to no bezels at all. Another welcome addition considering the current iPhone lineup has a thick forehead and chin. While not annoying to look at, but still, if every major manufacturer is getting rid of it, why shouldn't Apple, right?

It's unclear at this point whether the iPhone 8 will make its debut in 2017 or the year after it. Some reports suggest Apple might be ditching its tick-tock release cycle altogether, opting for major releases every single year. If this is true, Apple might never release 's' upgrades at all, jumping straight onto major leaps.

Everything will be clear in an year from now.