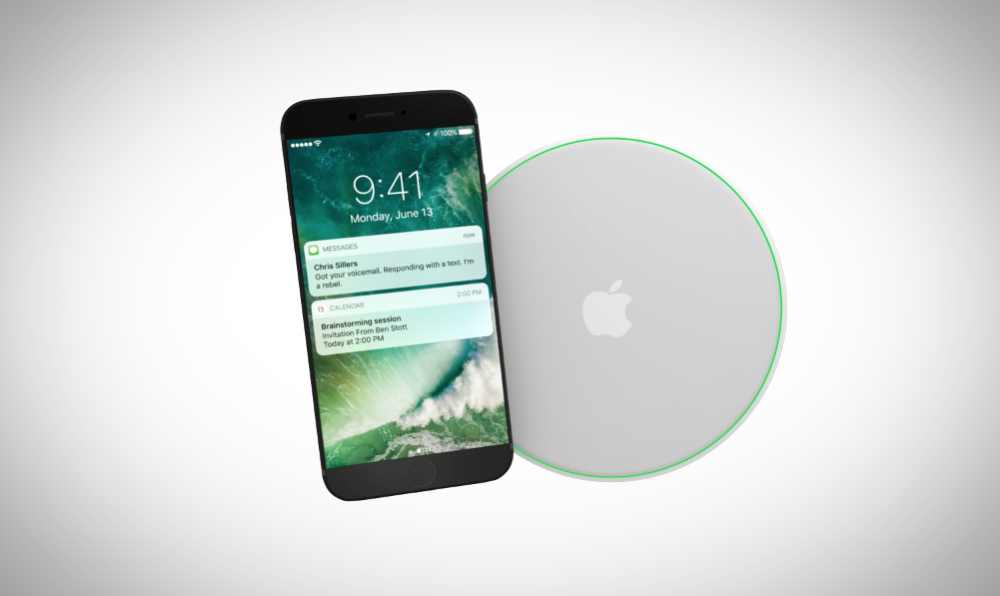 A new day and a new iPhone 7 Pro concept has knocked on our doors. What's so special about it? The way it tackles wireless charging.

It's absolutely unclear at this point in time whether or not Apple will deploy wireless charging in its iPhone 7 lineup. Nonetheless, concept designers know no boundaries and still bake in the feature with many of their renderings. Today's concept is no different either. But the thing that takes the cake from everything else out there is how wireless charging works with this particular iPhone 7 Pro concept. Sure you can place your phone on a wireless mat and call it a day till the phone is fully juiced up. But the wireless charger itself is a battery. This means you can unplug it from the wall outlet and take it with you on the go.

Check out the iPhone 7 Pro concept video below and see for yourself how the feature will work.

Quite frankly I'm definitely sold to this idea. Rather than keeping a battery bank at your disposal why not simply take your wireless phone charger with you and let it take over the task of charging your device? We're sure you'll agree with us on that one.

Apart from wireless charging, the concept designer has tossed in the Space Black color option into the mix as well as the Smart Connector at the back of the phone. Things are topped off with the dual camera lens system which will allegedly be used to snap even better photos.

While we do love concepts such as these, but Apple has a habit of keeping things rather mundane when announcing new products. For instance, multitasking took a mighty long time to hit our devices, and same is true with LTE. But on the bright side of things, Apple deploys new features when they deem them to be absolutely ready for public usage.

We have our hopes extremely high with the iPhone 7 despite it's quite clear at this point that it won't be a massive upgrade compared to its predecessors. We just have a couple of months to go till announcement and we're genuinely excited about it!

Let us know in the comments section below what you think about the above concept.

Some Interesting Links Worth Checking Out