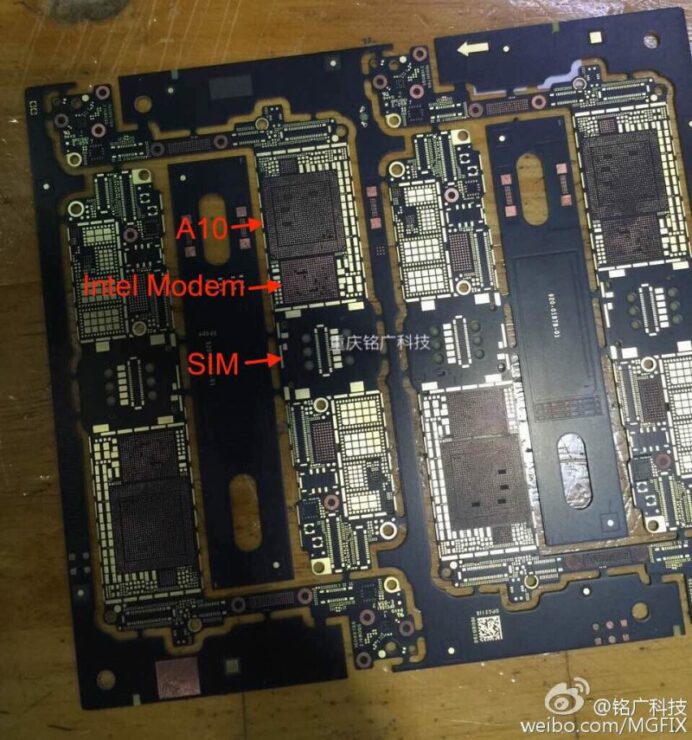 Few components from the iPhone 7 logic board have been pictured and they have provided decent amounts of information that will separate the upcoming smartphone and iPhone 6s. Here are the differences that we were able to make out.

Apple’s upcoming iPhone 7 is said to possess many changes from the inside, and if you take a look at the images given below, there are quite a large number of differences. These differences might appear small, but here’s why they are so important. The rumored Intel XMM 7360 modem can be found on the logic board, although this is what the source appears to be suggesting and there’s absolutely no label provided to deliver authenticity related to this matter.

Both Qualcomm and Intel have been expected to supply Apple with their own LTE modems, and we cannot help but wonder if the logic board featuring Qualcomm’s LTE modem will have a different design compared to the image that’s presented above. We know one thing; the logic board of iPhone 7 is different compared to that of iPhone 6s. The dimensions are bigger, which suggests that Apple could be adding extra components. 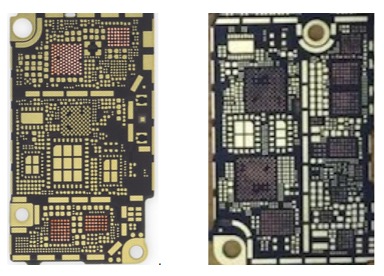 Rear side of iPhone 6s and iPhone 7 logic board

There’s also a small size difference between Apple A9 an A10 SoCs. While A10 is going to be manufactured on the TSMC’s 16nm FinFET node, a larger SoC could mean a higher transistor count, which could increase efficiency and scale up performance. A10 is also said to feature an improved CPU design, coupled with a much better performing GPU from Imagination Technologies, so it’s no question that the device will be oozing with performance. 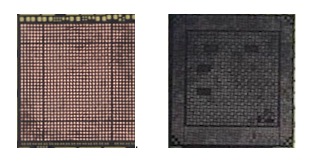 Apple A9 vs Apple A10 patterns

We also have a hunch that iPhone 7 could also be sold in the 256GB internal storage model. With its predecessor sold in the 128GB internal storage model as its highest variant, and with majority of manufacturers rolling on phones boasting this much storage, Apple could also do the same thing. In the process of releasing a higher capacity model, Apple could also get rid of the 16GB model and possibly replace it with the 32GB one, but only time will tell regarding all these changes.

Are you looking forward to the imminent arrival of iPhone 7? Tell us your thoughts right away.