Enough with all the rumors surrounding iPhone 6s and iPhone 6s Plus. Let us move on to something that is marginally more exciting; like iPhone 7 for instance. Even though there is not an iota of information available to us on the aesthetics or hardware configuration of iPhone 7, Concept Phones have made a great deal of effort in drawing up a concept video showing us what our next dream iPhone should look like. 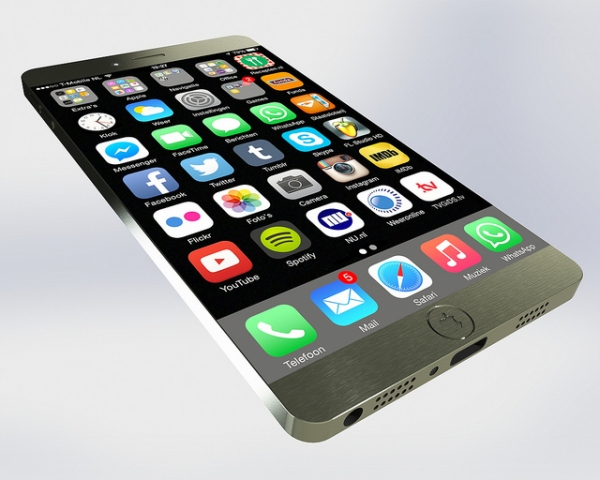 Since it was reported that iPhone 6s Plus is expected to feature a 1440p resolution, we expect that iPhone 7 will sport an ever larger amount of pixels, possibly going far enough to render the prodigious 4K display, which is expected to be present on Galaxy Note 5 this year. Similar to the upcoming iPhone 6s, iPhone 7 is also expected to feature the Force Touch screen tech, as confirmed by Bloomberg, which will allow the panel to recognize different levels of pressure applied by your fingertips.

Additionally, iPhone 7 will most likely be getting a rear and front camera sensor upgrade. With the iPhone 6s duo expected to feature a 12 MP rear sensor, iPhone 7 has been illustrated in the video to sport a 16 MP rear shooter, which will be complemented by an 8 MP one. The rear shooter has also been shown to be able to capture 4K videos at a steady framerate.

Concept designer SCAVidsHD has designed the upcoming phone to sport a screen size of 5.5 inches, with a very thin amount of bezels. The screen size will most likely mean that it will feature the model name iPhone 7 Plus; if Apple will be entertaining to stamp on such a name in the near future. Naturally, as updated things go, the handset will be running iOS 10, which should pave the way for more performance improvements and tweaks, along with a boatload of new features designed to simplify the mobile computing experience for iOS device owners.

Unfortunately, since it is just a concept, we cannot expect Apple to follow every single detail and make it as the designer has pegged it out to be. However, the tech giant could take a large number of notes on what its next iPhone looks like, because this one is a complete beauty.

What do you guys think? It’s a masterpiece right?