What If The iPhone 7 Looks Like This? – Concept Video

In a few short months, the hype regarding the iPhone 6s and iPhone 6s Plus will eventually tone down, and for every other person, the devices aren't going to be no more than any other smartphone available in the market. That also means that the attention will turn towards the next big thing, the iPhone 7. 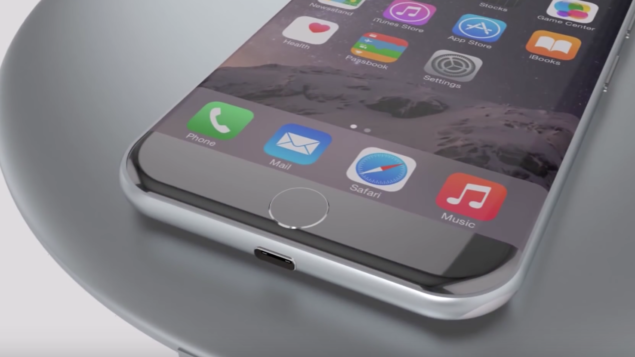 While at this point in time, we have absolutely no clue what the iPhone 7 will bring with it aesthetically. But thanks to the work of concept artists around the globe, we can get a slight hint of what we can expect to come out of Cupertino at the end of next year. Today, we have a new concept at hand, and it gives us a good glimpse at what the iPhone 7 might look like.

On the design front, the device doesn't look bad at all. In fact, the iPhone 7 concept featured above retains many of the design traits found in the iPhone 6 and iPhone 6s, and instead builds on top of it to bring forth a new design.

Unlike all iPhone models arriving before the above concept, the creator imagines the iPhone 7 with wireless charging capabilities, allowing users to power up their devices by simply putting their smartphone on a wireless charging mat.

And instead of going for a Lightning port with the iPhone 7, the design imagines the smartphone to come with a USB Type C port instead. We actually like the thought of it, given how the new standard is being adopted by manufacturers the world over.

There's a lot more in the video and we highly recommend that readers check it out in all its glory.

We have one year in our hands after which the iPhone 7 will make an appearance in our lives. During this time period we're pretty certain that we'll come across a bunch of leaks, rumors and whatnot, detailing the qualities and capabilities of the device. Till then, we can only use our imagination to dream up the iPhone 7.

What if the iPhone 7 really does look the concept above though? Don't forget to share your thoughts with us in the comments section below.