Apple released the iPhone 6s Smart Battery Case a couple of days back to mixed fanfare. Majority of the users believe that the case is rather ugly and is something which Apple wouldn't make from a design perspective, all thanks to that undeniably visible hump at the back. While that hump won't magically go away, but thanks to a teardown by iFixit, we now know what that very same hump packs underneath. 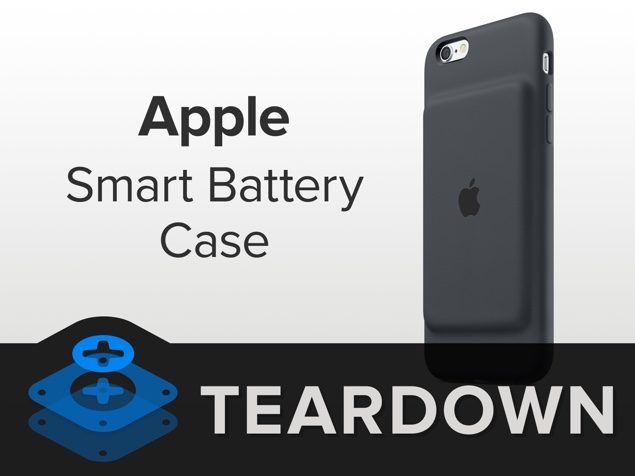 Just like any other Apple product, the iPhone 6s Smart Battery Case has been designed in a very, very genius way. For starters, on the front you'll notice a duct at the bottom right. Interestingly, when you slide your iPhone 6s or 6 into the case, the accessory should somewhat muff your microphone and speaker, right? Wrong. That duct actually transforms the downward facing speaker and microphone into a forward facing one, therefore you don't have to worry about any loss in audio quality or volume.

On the capacity end, the iPhone 6s Smart Battery Case packs a 1,877mAh Li-ion battery inside, which has enough juice to charge your dead iPhone from 0 to at least 80% without any sort of problem. But there's one thing that users should be vary of once they buy the Smart Battery Case - the accessory is impossible to repair, thanks to the amount of adhesive Apple has used its manufacture, coupled with non-proprietary T3 Torx screws.

Here are the teardown photos of the iPhone 6s Smart Battery Case.

So now you know what's underneath that publicly declared ugly hump of the iPhone 6s Smart Battery Case.

Like any other Apple product, the iPhone 6s Smart Battery Case contains no compromises when it comes to quality, and the accessory is solidly built. This means that you don't have to worry about it breaking down during regular day to day usage. But if for some reason it does, keep in mind that you won't be able to get things repaired easily. In fact the chances are close to zero. Therefore make sure that you give the case some proper gadget love.

While the general opinion about the 'hump' is somewhat mixed, I for one believe that it's not a poor design choice. After all, the case is not bulky like many latch-on power accessories available to buy, and oh, did we mention that you don't have to take the case apart in order to wrap it around your iPhone? Yup, that too.