Until we get to finally take a look at the device on its launch less than a week from now, the iPhone 6s from Apple won't stop surfacing in the proverbial rumor/leak mill it seems. After having seen almost every aspect surface in one form or the other over the past couple of days, the leaks just don't seem to stop and today we manage to learn some more information about the upcoming device's dimensions. 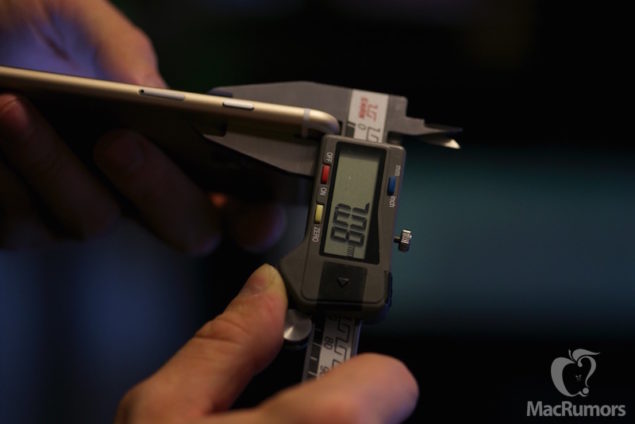 In a scramble to maintain its iPhone lead with a 'S' lineup of device's, Apple's been rumored to be changing quite a lot on the upcoming device. The iPhone 6s duo is rumored to be coming with Force Touch on board, which, combined with 7000 series Aluminum on the device is expected to add to the device's width, according to several leaks and rumors that we've seen surface over the past couple of days. Well today a latest set of images has surfaced that claims to show the device in its fully assembled form, and looks like this year's iPhones just might be thicker than their predecessors.

As can be seen in the image above, the alleged iPhone 6s unit measures 7.08 mm in thickness, which would be a 0.2 increase over last year's device. Force Touch and an upgraded Aluminum frame seem to have done their tricks on the iPhone's thickness. Taking a look at other dimensions of the device we find that other dimensions for the device remain mostly similar, as you can see in the image below. 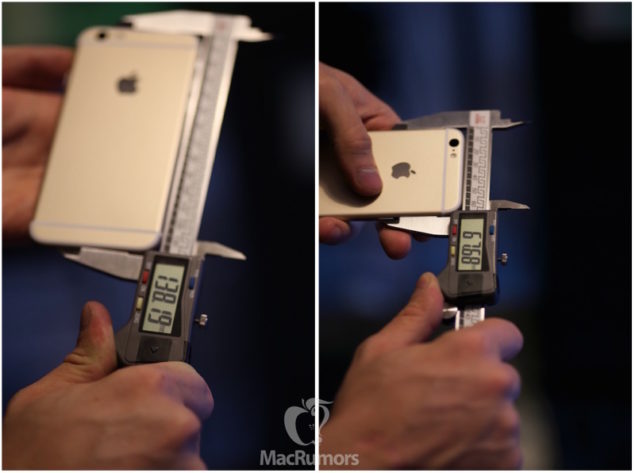 The readings above, when compared to the iPhone 6s Plus' 138.1 x 67.0 mm also show slight variations, but we'd also expect some discrepancies to be present given the calibrations of the calipers being used to measure the assembled parts in question. The iPhone 6s Plus should also be expected to feature similar increases in width since not only have earlier rumors been claiming the same, but if today's images are correct, which they appear to be, then the larger iPhone should be seeing similar changes on board as well.

Not only is the iPhone 6s duo expected to feature Force Touch coupled with improved build materials but the device is also expected to get rear and front camera upgrades, coupled with some interesting hardware tweaks under the hood. The iPhone 6s duo from Apple will officially be launched by Apple on September 9th so stay tuned for all the updates and let us know what you think in the comments section below.