With every new iPhone release, Apple touts a thinner and lighter design. But with the release of the iPhone 6s and iPhone 6s Plus, things got a little heavier, literally, despite the device packing in a newer, lighter and more tougher Aluminum 7000 rear shell.

Believe it or not, the iPhone 6s is 11% heavier than the iPhone 6, and if you've used Apple's flagship from last year, then a weight difference of a several grams can be instantly felt in the hand. But 11% is a lot if you're asking us, and you'd be surprised to learn what makes the handset heavier than before.

That's right, all those new sensors under the 3D Touch display actually gave the iPhone 6s a 11% boost in weight. According to Apple itself regarding its new 3D Touch tech:

Designed to measure microscopic changes in pressure, capacitive sensors are integrated into the backlight of the display. These measurements are then combined with signals from the touch sensor and accelerometer to provide fast, accurate, and continuous responses using a series of complex algorithms. 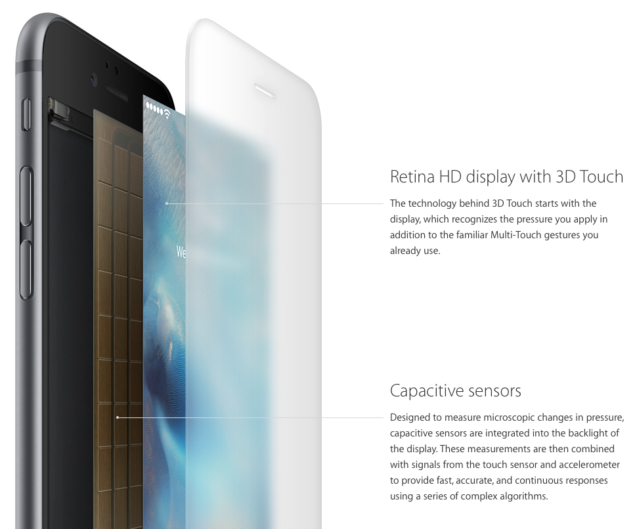 So basically, the display assembly, thanks to the newly added pressure detecting layer, now weighs twice as much as before.

Here's the chart showing the weight difference between devices. Click on the image to get a larger view. 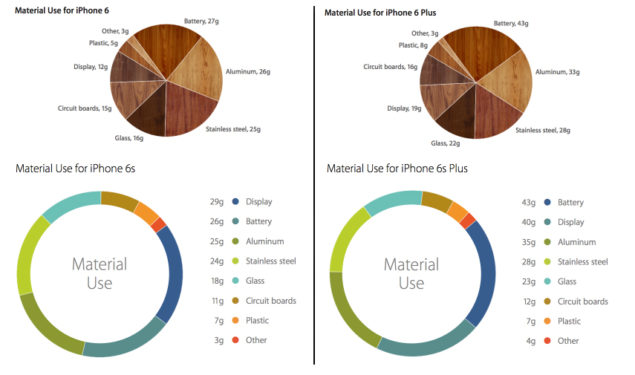 First time iPhone buyers won't be able to tell the difference between the weight at all, but if you're upgrading from, let's say, an iPhone 6 directly to an iPhone 6s instead of an iPhone 6s Plus, then the affect of gravity will be more prominent in your hand, but something which shouldn't be cause of concern one bit.

The iPhone 6s and iPhone 6s Plus both are available to pre-order right now with many models, especially the Rose Gold one, being sold out in different markets around the world. The devices will begin to ship on the 25th of September, which is just ten days away from now. And if Apple's words are to be believed then it seems as though Cupertino's new flagship handsets are poised to break the weekend sales record of the iPhone 6 and iPhone 6 Plus from last year.

We're certain Apple will publish a press release to mark that big occasion, but until then, be sure to let us know in the comments section below about today's report. And do you think the 11% difference is weight enough to affect your buying decision? We're certain that we won't budge though!