Until now, the major contender for the iPhone 6 plagued with the most amount of issues so far has been Apple's iPhone 6 Plus. Being the company's first attempt at a smartphone phablet, many eyes were on the iPhone 6 Plus and how the device would end up delivering the game changing progress that Apple promises its customers. But with its features, the device also came with several problems after its launch.

The iPhone 6 Plus' 'bad luck' started with #bendgate, an issue in which several users of the device started to report that their units were bending out of shape. Soon to follow were reports of the 128 GB variant of the iPhone 6 Plus crashing when a larger number of apps were installed on it. The cause of this issue was reportedly the multi level cell storage on the iPhone 6 Plus. 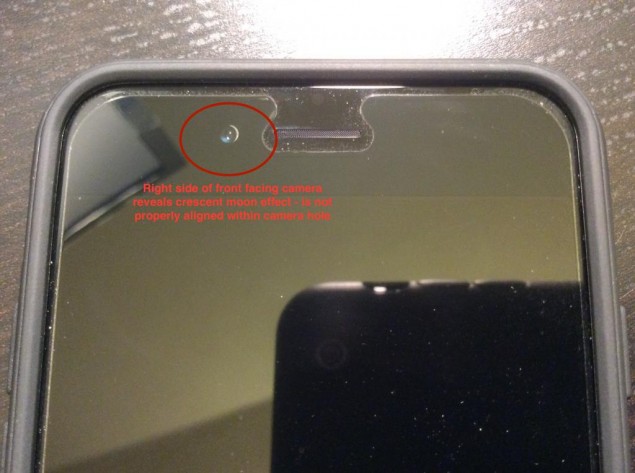 Several Users Claim That The Front Camera On The iPhone 6 Is Loosing Alignment.

This causes a crescent shaped gap being formed in the place where the front camera is expected to reside on the iPhone 6. And the issue is not limited in nature either, when compared to the iPhone 6 Plus crash reports. More than a handful of users have reported a similar issue with their device. Yet, surprisingly, front camera performance on the iPhone 6 seems to be unaffected by the issue so far.

Another user also claims that Apple is so far unaware about the issue. Users affected by the front camera problem will most probably see their device or the front panel being replaced. Is your iPhone 6 facing a similar issue? Let us know in the comments section.