As per reports, the iPhone X isn’t selling as well as Apple had expected, with the company having cut up to 50 percent of the bezel-less flagship’s production. The California-based giant is now hoping that its 2018 lineup of new iPhone models is able to bring a hefty amount of revenue. Do remember that Apple reported its highest quarterly revenue ever and a portion of that belonged to the iPhone X sales.

However, according to people familiar with the matter, the figure was below Apple’s expectations and the company plans to make it up with three brand new models this year. Apple is pinning its hopes on the upcoming generation, as it has three new models. Question is, will it be successful?

The survey was carried out by Loup Ventures and detailed that iPhone’s user upgrade would be similar to the last year, and a supercycle doesn’t seem likely. A mere 22 percent of current iPhone owners intend to upgrade their phones this year, a reduction of 1 percent from 2017. However, the figure marks an increase of 15 percent from 2016. 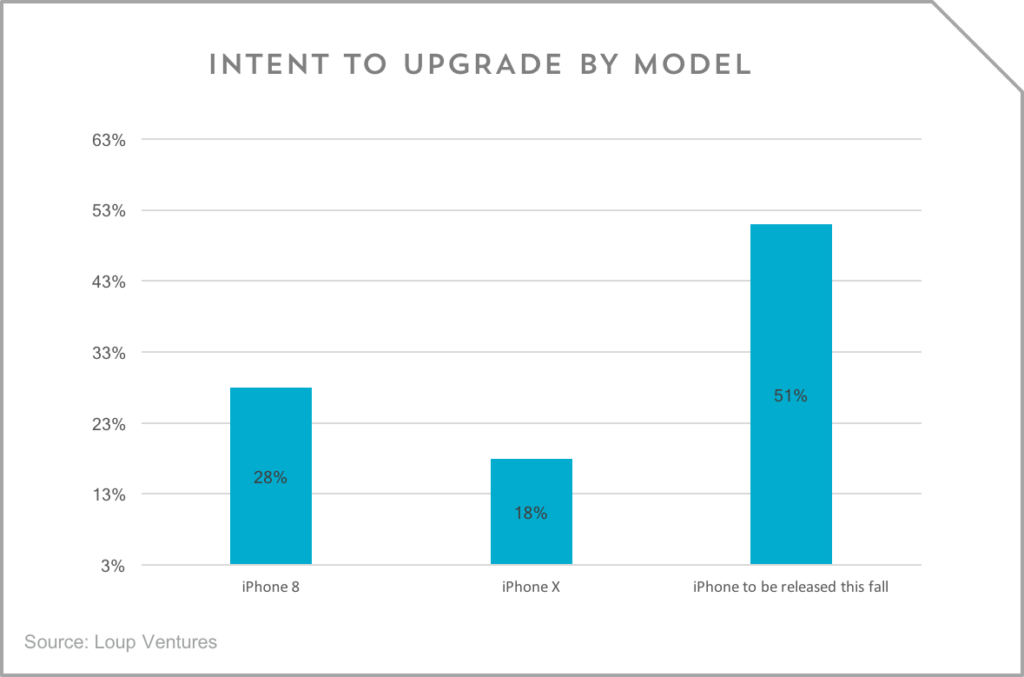 “The good news is a more predictable iPhone growth, albeit at a lower rate, should be a positive for AAPL’s multiple. We expect investors will increasingly view the iPhone hardware business as a subscription business, given the upgrade patterns are becoming more predictable. This is also consistent with current Street expectations of 4% iPhone unit growth in FY18 and 2% in FY19.” 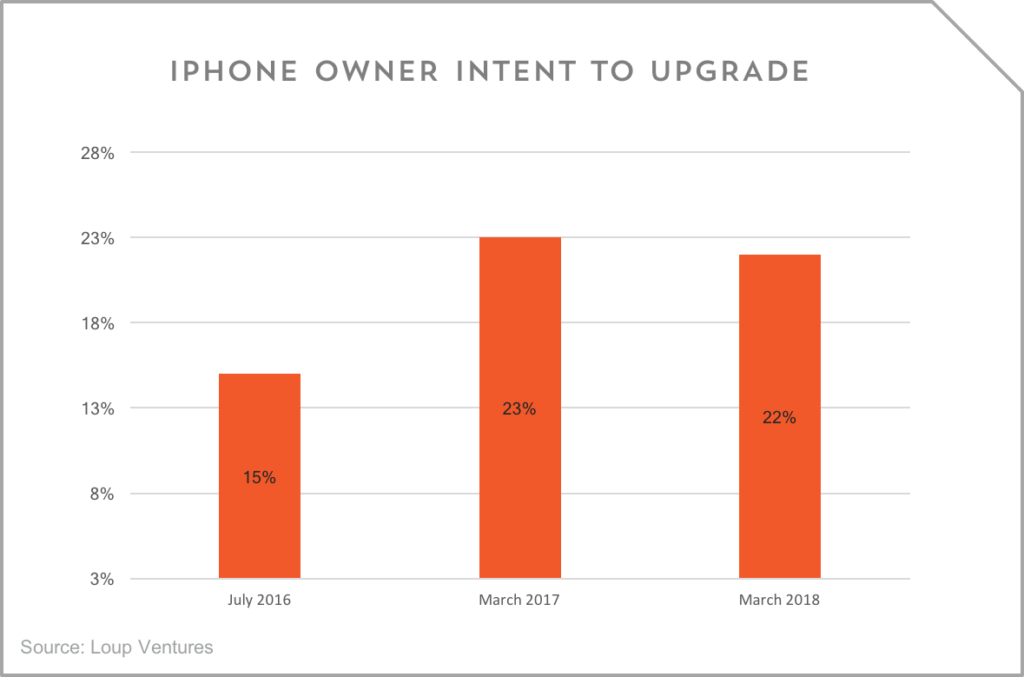