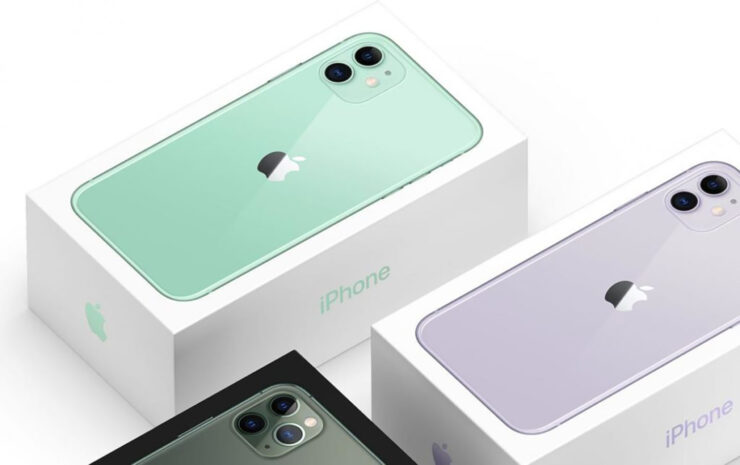 It is no surprise that even after its inception in 2019, the iPhone 11 is immensely popular for 2020. Now, adding to that list is the 2020 iPhone SE, a $399 device that has secured second place, according to a new report. These new stats also reveal that even though the iPhone 12 mini was a failure in terms of sales, it still managed to find a place in the top 10 most popular smartphones of 2020.

iPhone XR No More Found in the List, Despite Being the Top-Selling Smartphone for 2019

According to Omdia’s numbers, the iPhone 11 is the undisputed king for the most units sold in 2020, raking in a figure of 64.8 million, followed by the 2020 iPhone SE, with 24.2 million. The 6.1-inch iPhone 12, which was crowned the most popular 5G-ready smartphone for the October to November period last year, came in third place with 23.3 million units shipped for the year.

The iPhone 12 Pro Max came in seventh place with 16.8 million units and to remind you, this flagship was the most popular in 49 out of 50 U.S. states. The iPhone 12 mini was deemed the worst-selling smartphone out of the four models released last year for the October to November period. Despite being labeled a failure, with reports coming in that Apple would stop producing it in the second quarter of 2021, Omdia’s figures show the 5.4-inch model shipped 14.5 million units globally. 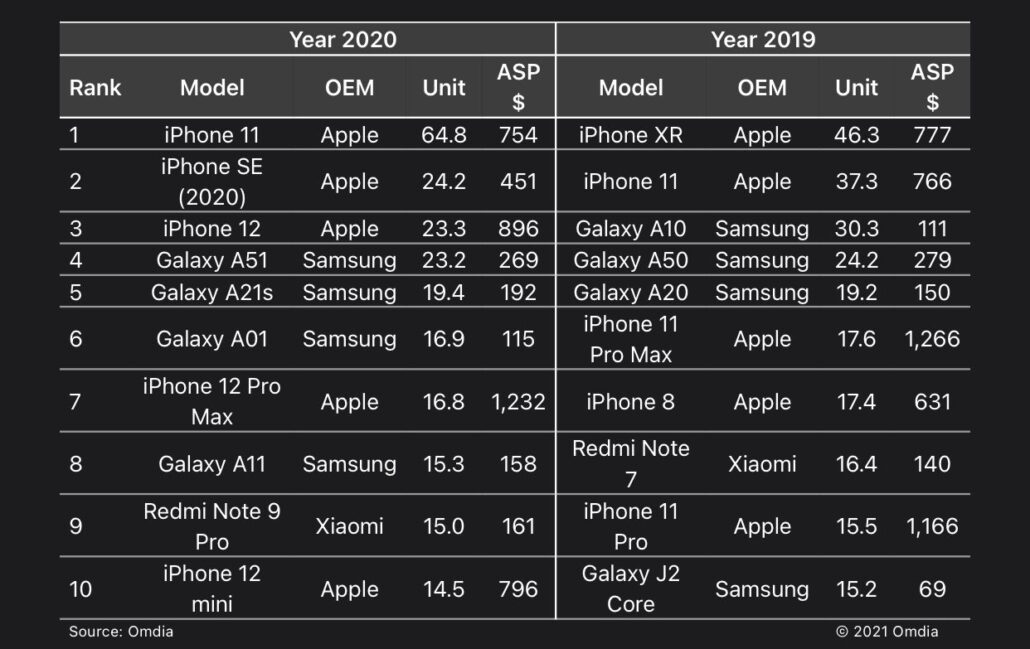 Sadly, for the Android camp, there was no flagship model listed. Only entry-level and mid-range handsets from Samsung such as Galaxy A51 and Galaxy A21s secured fourth and fifth place, respectively. These results can also reveal Apple’s success for 2021 because if this momentum continues, the technology giant might break all records as far as iPhone shipments go.

For 2021, Apple will reportedly release four iPhone 13 models, with all four sporting the same display sizes as their direct predecessors, which is the iPhone 12 lineup. Yes, you heard that right, Apple is not canceling the iPhone 13 mini and looking at the shipment figures of the iPhone 12 mini, we can see why.