The next iPads will be with us in exactly one week. Apple sent out invites yesterday for it's next event which will be held on it's campus in Town Hall auditorium. By the looks of things, the company aims to make Thursday's event a more laid back affair when compared to the iPhone 6 and the iPhone 6 Plus launch.

But that won't stop us from speculating what the next iPads have to offer. Apart from incremental upgrades such as Touch ID verifications, thinner form factor and new processors looks like the iPads will be receiving an upgrade in the display resolution department as well. 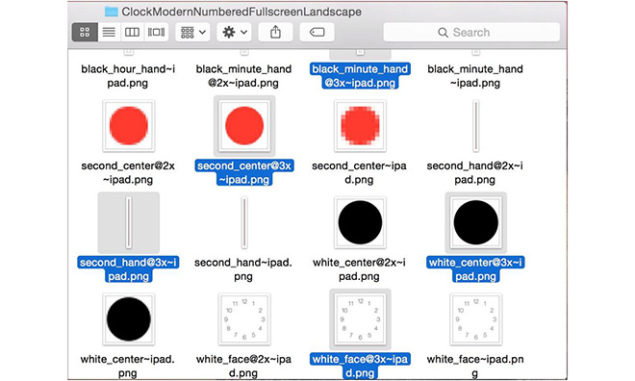 Hamza Sood is back with new information about the iPads. The developer tinkered around iOS 8.1 previously as well and came up with the conclusion that both the iPads will be getting Apple Pay. This will be authenticated through Touch ID, which will also be present on the devices.

The graphics for the clock app in iOS 8.1 beta 2 are offered in three variants. This can be seen in the image above which was posted to Sood's twitter. These are namely "iPad", "2x~iPad", and "3x~iPad." As you guessed, the higher the 'x' variant, the higher the resolution and pixels offered by the file.

Of particular interest is the 3x variant, which suggests the presence of Retina HD for the iPad. Sounds interesting indeed. We'll find out next week at Town Hall Cupertino.