Even though the arrival of iOS 9.1 brought a handful of internal improvements as well as some new additives, there was another feature updated in one of the apps that was due for a long while. For all of those with an iPhone who loves WhatsApp way to enough to switch, the IM app is finally updated with the Quick Reply feature. This is a simple feature, but all in all very handy at times.

The Quick Reply feature for WhatsApp will enable users to reply to their contact right from the Notification banner. All you have to do is pull down the Notification banner before it goes back again and type your reply. Gone are the days when you had to open the entire app just to reply. This is another reason for iOS users to update to iOS 9.1, if they haven't already.

Let's see if there are any other formal details about WhatsApp and how to fix the issue if it fails to service you with Quick Reply.

Use This Simple Trick To Get Quick Reply Working For WhatsApp

Initially, the Quick Reply feature was restricted to Apple's own messaging app when it was introduced in iOS 8. Now, the company seems to be pushing the service forward so other third party apps can get advantage of it. Even though Quick Reply have been adopted by many other messaging apps, WhatsApp showed no hurry to opt for it right away.

Nonetheless, the feature has finally made its way to WhatsApp for iPhone. However, the fact that it came preinstalled with iOS 9.1 shows that it is yet another reason why users should update. Apple wants iOS users to update as much as they can, since a huge number of users have jailbroken their devices  and updating to the latest iOS 9.1 will steal that status away. 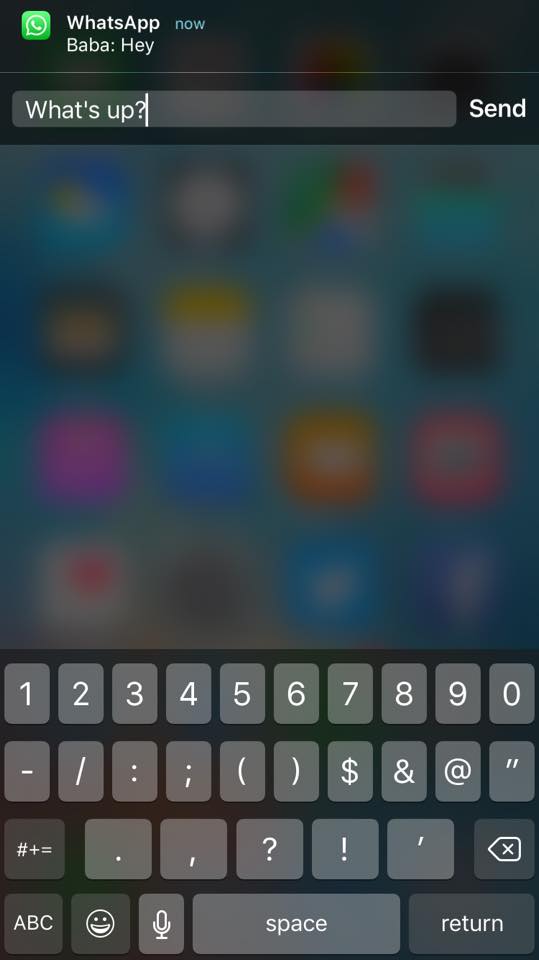 Moving on, if you have installed iOS 9.1, but the Quick Reply feature isn't working for you, there is a little thing that you must do. Firstly, make sure you have closed the WhatsApp app. Now open the Multitasking UI and force close the app and open it from scratch again. This is it. Now try Quick Replying someone once you get a message.

Another important aspect of iOS 9.1 update is that you can also reply from your Apple Watch now. Users are acquainted with preset replies or dictating options. If you have an Apple Watch, do try it out. As for now, share your thoughts about this update in the comments.