Apple managed to avoid a major catastrophe with it's iOS 8.0.1 launch yesterday. The company's next generation of mobile OS, the iOS 8 came with a multitude of improvements on board. These include a vastly improved camera app and better accessibility features on board, to name a few.

However, the OS' most defining point, an on board health kit app ran into problems. The company seemed eager to fix that with the iOS 8.0.1 update which followed soon afterwards. However in it's rush Apple managed to get a few things wrong as well. After updating to iOS 8.0.1, several users started reporting signals dropping and a loss of Touch ID responsiveness on their devices. 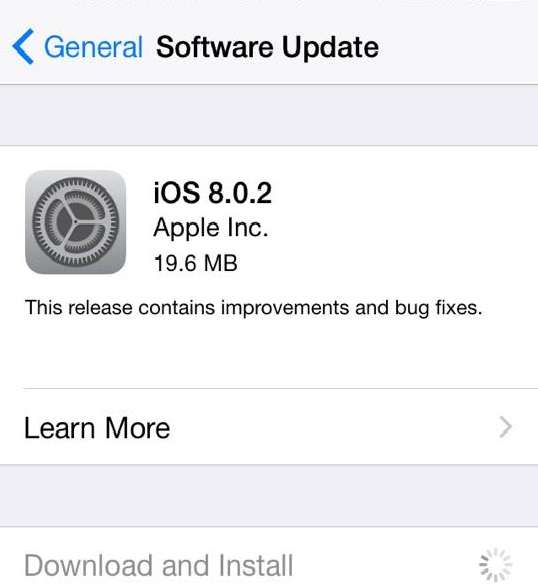 iOS 8.0.2 fixes the previous bugs found in iOS 8.0 and also fixes the new issues created through iOS 8.0.1. With a potential major iPhone catastrophe on it's hands already, Apple was quick to react to the disaster that iOS 8.0.1 could prove to be. A further loss of network and Touch ID functionality along with bendgate, the company would be facing a major image issue. And image as we all know is something that Apple has always counted on. 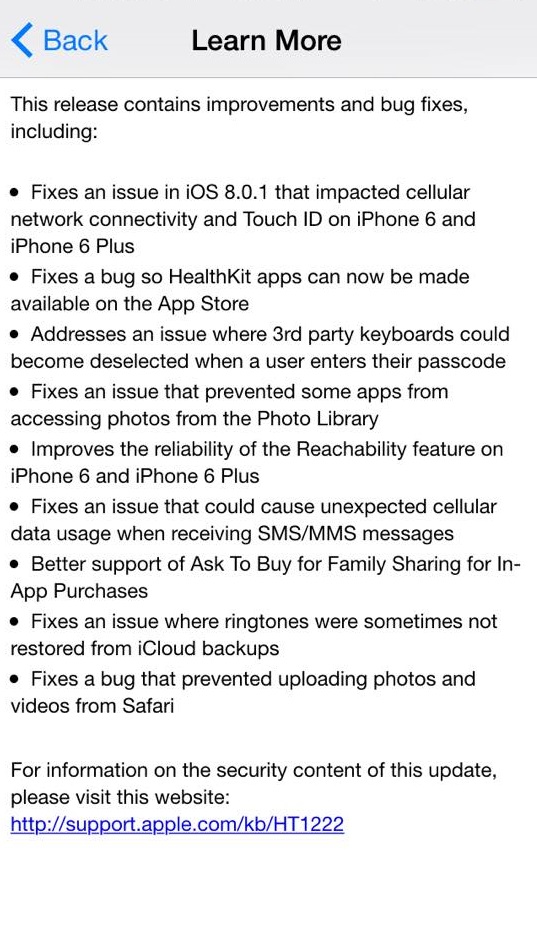 iOS 8.0.2 fixes several issues. The official log states that the update patches health kit app issues occurring in the App Store. In addition, improvements have been made to the photos app and third party keyboard support. For a complete list of bugs that iOS 8.0.2 fixes, take a look at the image above. Oh and feel safe to download. Apple has gotten the update right this time it seems.