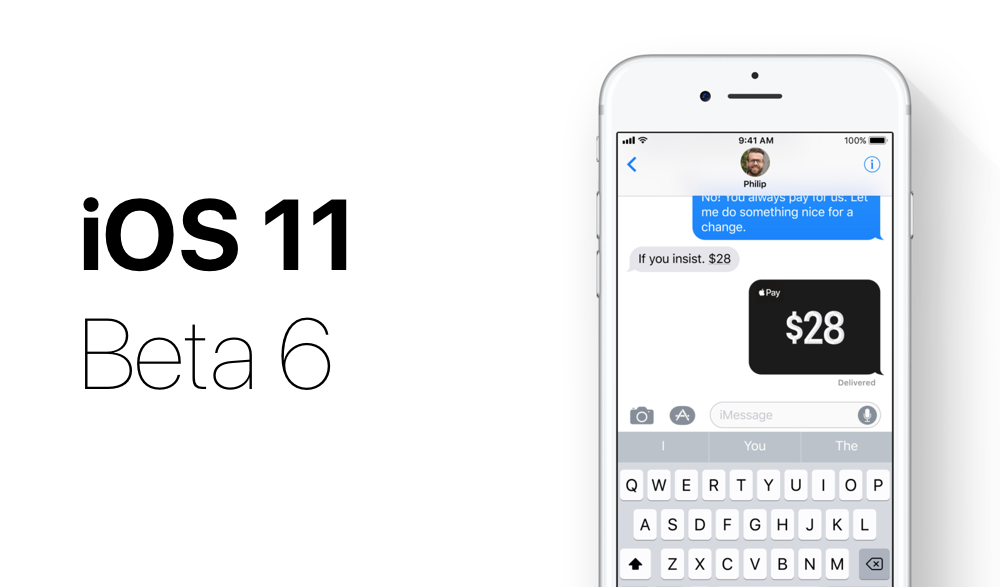 Apple has released iOS 11 Beta 6 for iPhone, iPad and iPod touch developers. Here's how you can update right away.

Apple has sped up its development process, and has gone ahead to release iOS 11 Beta 6 for registered developers. The update is available through the same channels as before - either over the air or as a restore image file through the Apple Developer Program website.

If you have a previous version of iOS 11 installed, then grabbing Beta 6 is a walk in the park.

Provided your battery is more than 50%, the installation will go ahead immediately. If not, then you will be forced to connect your iPhone, iPad, iPod touch to a charger. Make sure you have that with you in case something goes south.

If you're eager to try out iOS 11 Beta (clean install) on your device, then be sure to check out the relevant links below. Also, you will be pleased to learn that you can try out iOS 11 Beta for free as well thanks to Apple's Beta Software Program, through which public testers can take Cupertino's new software for a spin on compatible devices.

Beta software tends to be unstable at times, so there might come a time where you are required to downgrade your device back to iOS 10.x. If that's the case for you, then you should check out our downgrade guide below.

You have the option to install iOS 11 Beta 6 without a paid developer account. For more details, check out this link.

Given the amount of changes we saw in the past few betas, it's likely that this one packs nothing more than bug fixes and performance enhancements. We will (most probably) see a beta or two more before Apple releases the Golden Master candidate build to developers, eventually seeding the final software to consumers in the Fall.

We will update our readers if there's something noteworthy in this release. Till then, don't forget to update your devices right away.