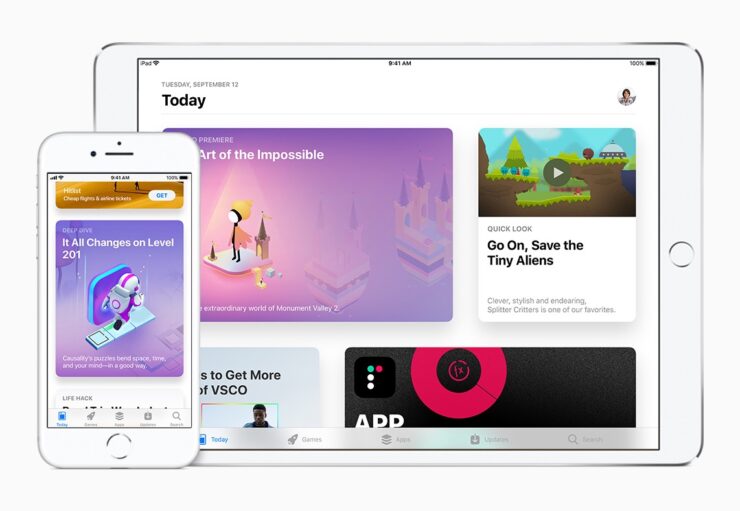 Say what you may about iOS, but after just 24 hours of release, iOS 11 is running on 10% of compatible devices around the world. That's impressive, especially when you compare it to the likes of Android-related updates and their rollout to end users.

Apple released the final version of iOS 11 to the public just yesterday. And already, the software is seeing itself being installed on 10% (10.01% to be more exact) of compatible devices worldwide. Now that statistic alone is excellent. But when you compare that number to the likes of iOS 10's release last year, then you might be surprised to learn that it managed to be installed on 14.45% of devices in the same time period of 24 hours.

There are a few reasons why the adoption might be slow. First and foremost, past iOS updates have been plagued with certain issues, failing to update as soon as they're released. Thankfully, that's not the case here. So there might be a possibility that users are just waiting this one out until they get a proper guarantee that everything is in the green. Furthermore, since Apple has dropped support for 32-bit apps completely, therefore users might not find this in good taste at all. Surprisingly, certain big name apps still haven't been updated to take advantage of the 64-bit architecture. It wasn't until recently Google Earth was updated to support 64-bit on iOS. So that says a lot at this point.

It would be interesting to see how this number changes as time moves on. We know for a fact that Apple will never ever roll back on decisions that it has made, especially when it comes to software. There's no way 32-bit app support is coming back at this point, since Apple is a company that takes drastic measures to implement a change.

If you're interested in iOS 11 and wish to install it on your device then be sure to check out the links below.