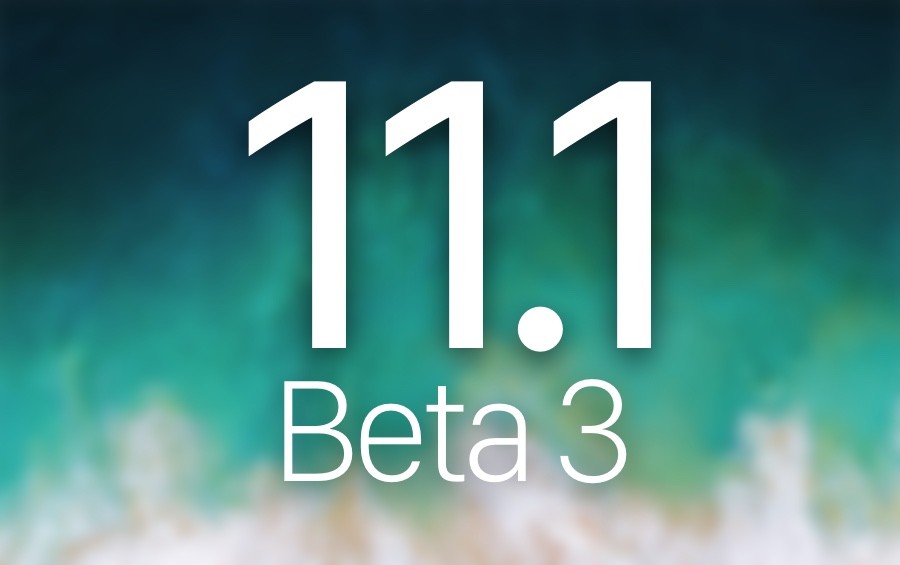 Apple has released iOS 11.1 Beta 3 for iPhone, iPad, iPod developers. Here's how you can download it right away without waiting in line.

Apple Releases iOS 11.1 Beta 3. You Can Download it Right Now.

When it comes to the iPhone, iPad or iPod, Apple is busy on two fronts at this moment. It's pushing bug fixes on a regular basis in order to stabilize things for everyone. While at the same time, it's working on iOS 11.1 in the background, which is a far bigger update with tons of improvements under the hood. This includes the introduction of hundreds of new emoji characters, the return of the 3D Touch app switcher gesture on supported iPhones and more. But obviously, this software is available to download for testers only.

If you already have iOS 11.1 Beta installed on your iPhone, iPad or iPod, then you can download iOS 11.1 Beta 3 over the air immediately. Start by connecting to a WiFi network, then navigate to Settings > General > Software Update on your device. As the update shows up, tap on Download and Install. Keep in mind that your device must have more than 50% battery remaining for the installation to complete, therefore keep a charger handy in case you don't.

iOS 11.1 Beta 3 is currently available for registered developers, but you can download it for free if you are willing to join Apple's Beta Software Program. Point your device to beta.apple.com and you'll be up and running in no time. The only downside of this move is that updates will be delivered to you several hours late if not immediately. But you can speed things up by downloading the iOS developer profile onto your device. This essentially allows you to receive updates as soon as developers do. Check out the post here for more details.

At this point in time, it appears as though iOS 11.1 Beta 3 introduces nothing more than stability related improvements. But if Apple did manage to pack something new here, we will keep an eye out for it. Till then, make sure you do not forget to update your device in order to stay at the stable side of the fence. It's beta software we're dealing with here, folks.