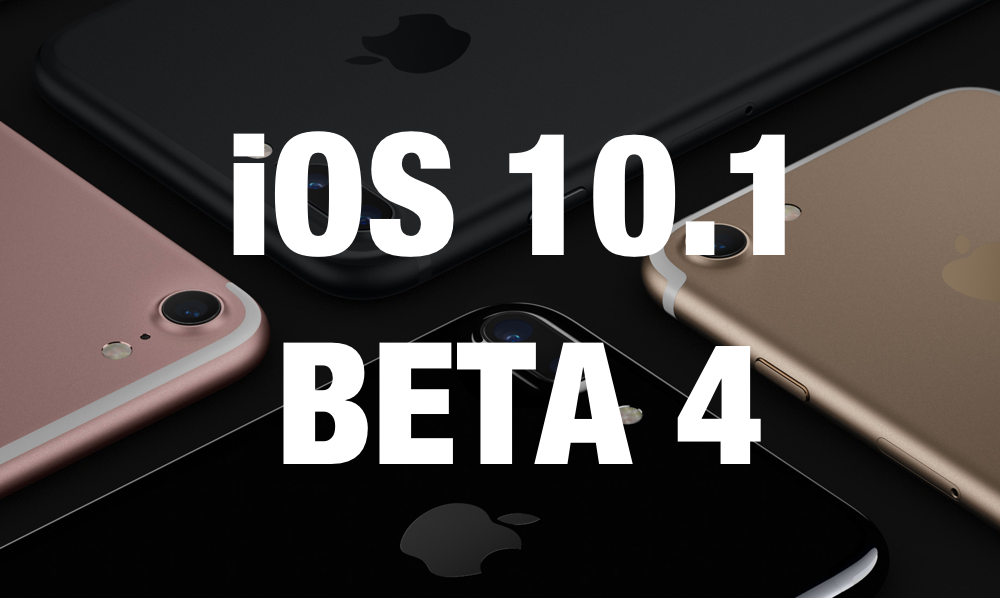 iOS 10.1 Beta 4 for iPhone, iPad, iPod touch devices has been released. The update is available for both developers and rocesublic beta testers.

The development process of iOS 10.1 Beta continues with the fourth developer and public beta release seeing the light of day today. If you're a registered developer then you'll be pleased to learn that you can download the latest iOS 10.1 Beta 4 over the air or from the Apple Developer Program website as a complete IPSW firmware file. Furthermore, public beta testers can grab the update over the air as well. The process is absolutely the same for both and we'll walk you through it in a few easy steps.

The entire process will take a few minutes to complete so exercise patience. Once you're done updating your device, you'll boot back up and your files will be in tact. That's the biggest advantage of performing an over the air installation of a firmware.

If you're installing iOS 10.1 Beta for the first time then you can get started from the Apple Developer Program website. Public Beta testers can get the wheel rolling by heading over to the beta.apple.com website. Unlike the Developer Program route, Apple's Beta Software Program is absolutely free.

If you are going to install iOS 10.1 Beta onto your device then make sure you do so on a spare gadget. Despite being stable for day to day use, it's best to treat the software as 'incomplete.' It can collapse on you at a very uncertain point. So please, exercise caution where necessary.

It won't be long till iOS 10.1 final is released for everyone to use. The update is primarily focused towards iPhone 7 Plus users, allowing them to take beautiful portrait shots with the shallow depth of field effect in the background. Furthermore, for everyone else, the update packs in that wonderful barrage of bug fixes and performance enhancements.

Apple released iOS 10.0.3 earlier today for iPhone 7 and iPhone 7 Plus users, fixing a problem users had been facing regarding cellular connectivity issues. If you have Cupertino's latest smartphone, we highly recommend performing an update straight away without having second thoughts.