Interceptor’s Platformer Rad Rodgers Has Been Successfully Funded via Kickstarter 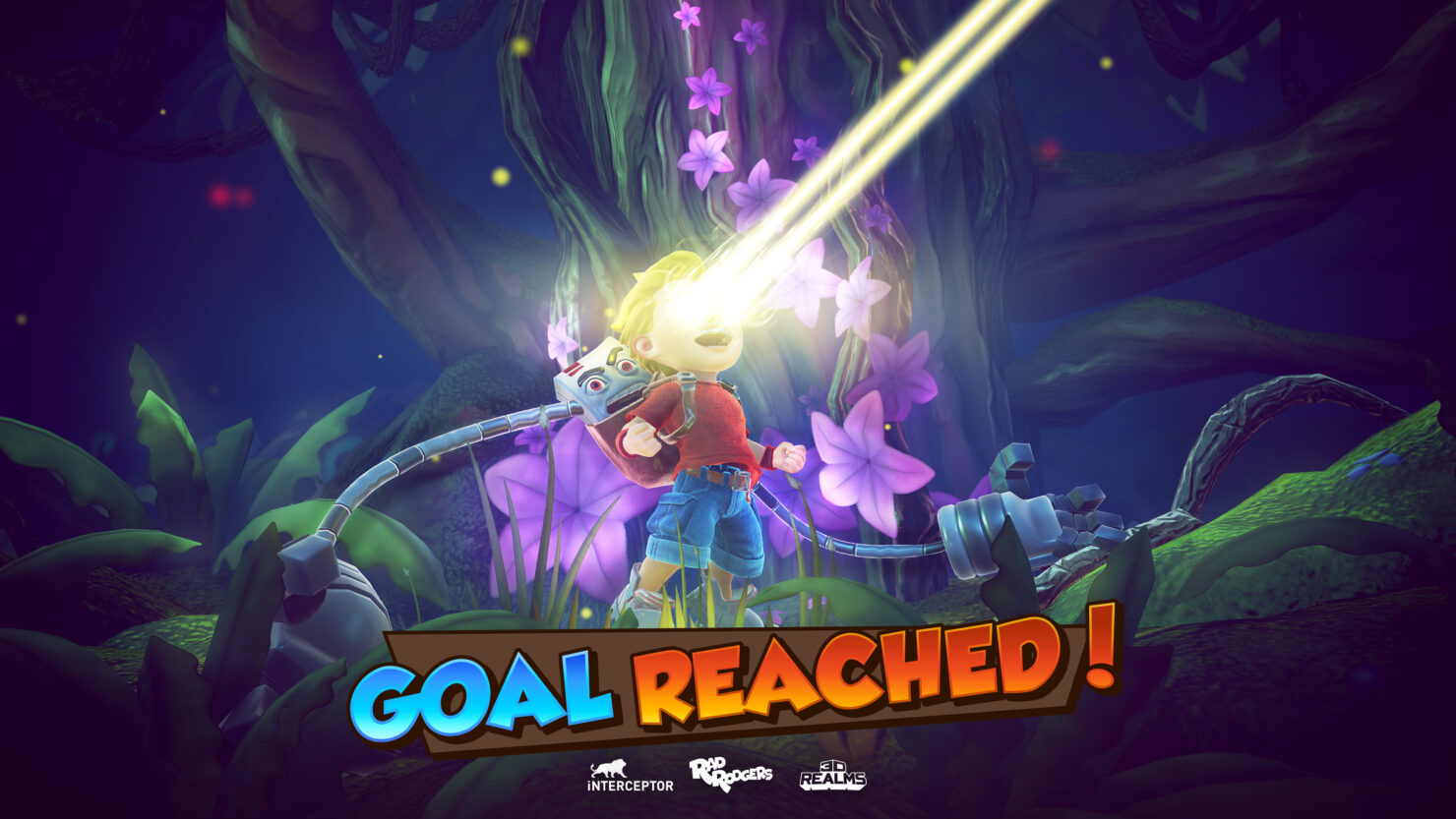 Danish studio Interceptor Entertainment revealed their next game, Rad Rodgers, about a month ago.

Known for Rise of the Triad and Bombshell, Interceptor is now set to create a very different title: Rad Rodgers is an action-packed 3D side-scrolling platformer powered by Unreal Engine 4 and modeled after classics such as Commander Keen, Conker, Ruff'n'Tumble and Jazz Jackrabbit.

I grew up during the platformer's glory days, with Mario, Sonic, Megaman, Castlevania, and Earthworm Jim. Back then a new platformer came out every month, each with different fun characters and twists. But now the genre is mostly abandoned, with rare standouts like Braid, and the puzzle-focused Limbo.

Here's an overview of the game's main characters.

Rad is a rambunctious but spirited young boy who maybe plays too many video games. After dozing off at the tail end of a long night of gaming, Rad awakens to find his dusty old console has turned itself back on. Suddenly a vortex emerges and he's sucked into his TV, where he finds himself the star in his very own video game adventure.

Dusty is Rad's good-hearted but foul-mouthed, now-sentient game console. His clock speed isn't what it used to be, but what he lacks for in megahertz he makes up for with experience and attitude!

Rad & Dusty's adventure begins in the First World, taking them through seven dangerous stages of action-packed, humor-filled, hardcore platforming fun. This decaying jungle world has been infected by a fierce corruption, and it's up to the unlikely buddy-duo Rad and Dusty to save the jungle's inhabitants and restore the Elder Tree as guardian of the land.

Moreover, Rad Rodgers is a game within a game and this has been exploited by Interceptor to create the concept of the Pixelverse, coding breakdowns within the game that create rips in the space-time fabric of the game world. Only Dusty can enter these damaged game-code areas and fix the primary game world, allowing both Rad and Dusty to continue their adventure.

Rad Rodgers has already reached its minimum funding goal on Kickstarter, with a few more days to spare for some stretch goals. It will be out for PC and PlayStation 4 in February 2017, while Mac/Linux and Xbox One ports would be considered upon reaching the $100K stretch goal. Check out the reveal trailer below.