The 12-inch Retina MacBook had to sacrifice a lot in order to keep its thin form factor. The single USB-C port had limited utility to users and it was definitely not something a power consumer would opt to use. However, the introduction of Thunderbolt 3 with USB-C integration might change the scenario. 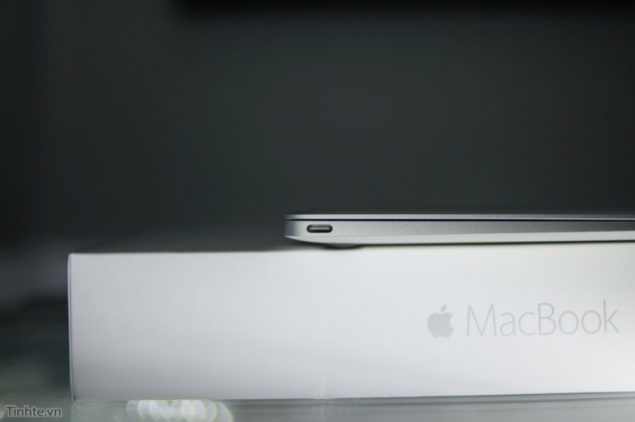 However, Intel's new USB-C integrated Thunderbolt 3 has made its debut in the market in the revamped Dell XPS range. In lieu of the integration with USB-C, there are new dimensions opened for the 12-inch MacBook. The Thunderbolt 3 was first announced by Intel back in June 2015 that integrated with a USB-C to create a one power hub for all purposes. The performance of the Thunderbolt 3 is defined which we will be telling you guys later on.

Let's dive in to see some more details on the USB-C integrated Thunderbolt 3 and whether it has an impact on the future MacBooks.

Power users with a bunch of peripherals might still argue about the USB-C and Thunderbolt connectors, but there are several reasons why Apple might standardize it in the coming MacBooks. Apple has always been the kind of company to abandon mainstream technology from its MacBook lineups. Ranging from the optical drive to the floppy disks, Apple has been the first mover to forgo aging technologies. 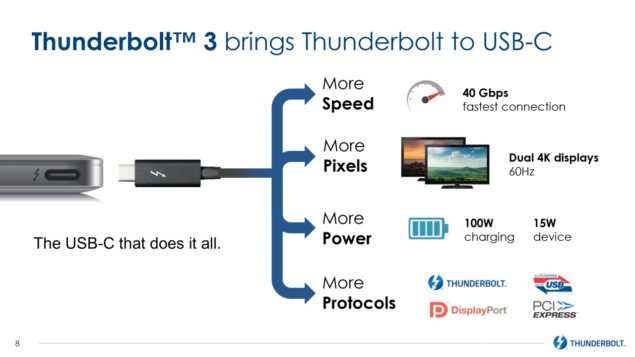 Moving on, Dell has opted to go for two new ports with Thunderbolt 3 integration. The introduction of Skylake processors in the Dell XPS series has provided the opportunity to add Thunderbolt 3 technology to the machine. The new Thunderbolt is capable of handling blazing speed USB, Thunderbolt, PCI Express, Power and DisplayPort. All this will be accomplished via a single USB-C port. The DisplayPort channel on the other hand is capable of handling dual 4K monitors side by side. This is definitely a step up from the previous generation Thunderbolt 2 connectors.

Intel's has made a wise decision to integrate Thunderbolt 3 and USB-C. For some reason, the Thunderbolt was starting to become obsolete for some users while on the other hand its adoption rate was skewed negatively. Integrating both, USB-C and Thunderbolt 3 assured future progress of the technologies. In terms of Apple's MacBook lineup, we will likely see a jump to the USB-C with Thunderbolt 3 integration. The argument is backed up with expectations that Apple will introduce Skylake processors in the new MacBook Pro sometime next year.

This is it for now, folks. What do you guys think about the USB-C to Thunderbolt integration? Share your thoughts in the comments.