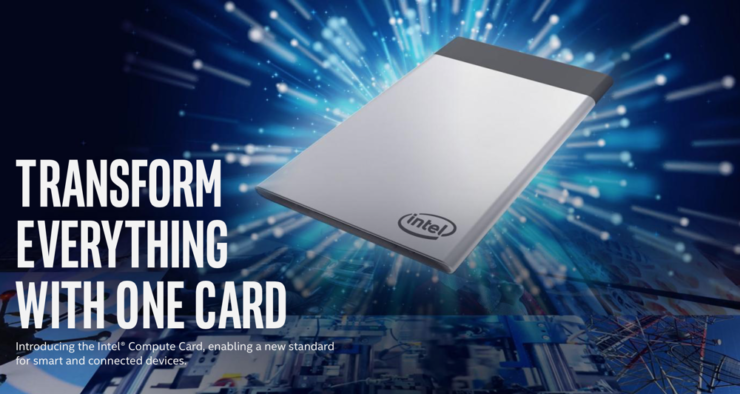 Intel's Compute Card Might be Small, But Will Pack a Good Amount of Punch

Back at CES 2017, Intel revealed an interesting little product that's basically a full-blown PC inside a chassis that's no bigger than a credit card. The product is called the Intel Compute Card, and the concept here is that it will be a part of modular systems. For example, if you buy a TV, tablet, kiosk or some other smart device, the Compute Card will be the brains of it.

Keeping that in mind, you can swap out of the Compute Card with a new one and upgrade to another level of experience if you want. The idea is a clever one, but there's one big problem, and something that bothers us a lot: details are a little sparse regarding what it will be powered by. We're of course, talking about the processor inside it and the compute set of specs. But thanks to CNX-Software, we now know what we can expect from the Compute Card.

In total, there are going to be four different Intel Compute Card models. Two will be based on Apollo Lake, while the other two will be powered by Kaby Lake. Since this is a very tiny form-factor "PC," therefore don't expect much muscle from it either. Also, keep in mind that this product is likely to be marketed to businesses only, so don't expect to walk into a store in order to buy one for yourself. But, who knows Intel might change its plans down the road though.

The full set of specs are as follows for all four SKUs.

Pricing details have currently not been provided but we'll continue to keep you guys in the loop as soon as we have more information on the matter.