A few days ago rumors started to fly from Baidu (via NGA Forums) that Intel's next Core i3 processor, the i3-8300, will not only have 4 cores but HyperThreading as well. Since Baidu graphics post bar is usually prone to photoshopped fakes - I decided to skip covering the rumor. Now however, a second source, PC EVA, has come forward claiming the same and I think it's time to do a short writeup. I have to admit that the conditions for Intel to up the ante with its i3 processors (which are pretty underpowered) is just right.

Before delving into the gory details of the leak, let's go over the basics. As most of you know, Intel's commercial lineup (not counting HEDT) has been divided into Core i3s, Core i5s, and Core i7s. The Core i3s are traditionally dual cores with Hyper Threading enabled (for 2 physical cores and 4 logical cores). The Core i5s are traditionally quad cores with Hyper Threading disabled (for 4 physical cores and 4 logical cores). Finally, the Core i7s are quad cores with HyperThreading enabled. This is a logical progression of performance and has been in place for quite a few generations. 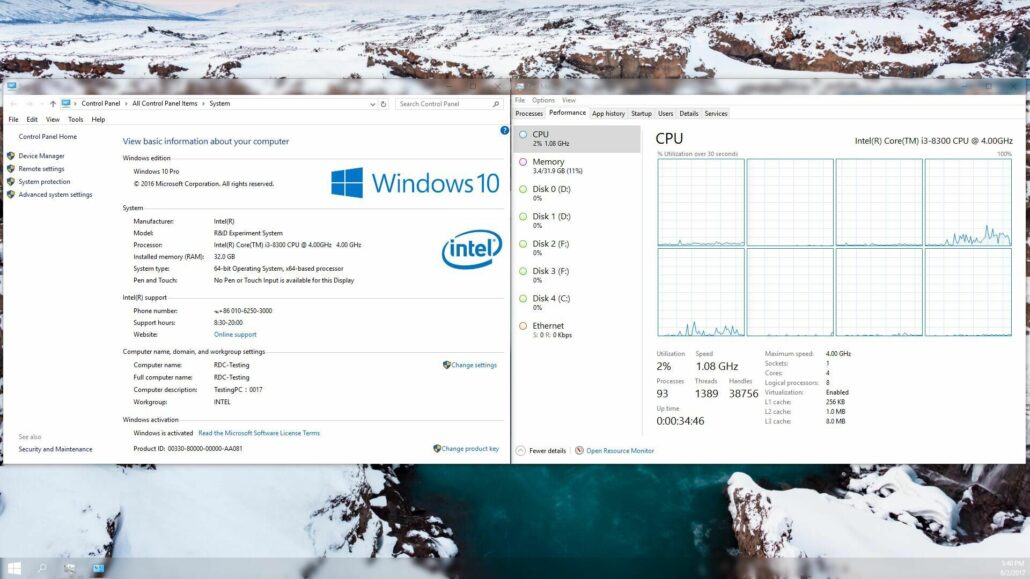 Unfortunately for Intel however, AMD broke its 7 year silence in the x86 field and launched its Zen uArch, which quite obviously, has made the company competitive again. You can get away with just about anything if you are a monopoly, but now that AMD has launched processors like the Ryzen 1200 featuring 4 cores and 4 logical cores for just $109, the traditional Core i3 has pretty much lost all reason to exist. The dual core Intel Core i3 7100 has only 2 physical cores and costs $20 more than the Ryzen quad core. The quad core Intel Core i3 7400 has 4 physical cores and costs $70 more than the AMD counterpart. In other words, Ryzen has made the current Core lineup uncompetitive in pricing and Intel needs to shake things up. Dual cores are finally out of fashion and it seems like Intel is realizing that with its next generation of Coffee Lake processors.

Queue the Core i3-8300 which will apparently features 4 Cores and 8 Threads. So what differentiates it from the Core i5s you ask? Well, the i3 variant will not be featuring Turbo Boost technology so the processor will only run at its stock clocks. The i5 variants are expected to feature 6 physical cores (another first!) with no HyperThreading enabled although certain SKUs will allow overclocking as well. But then, what about the i7? The 8th Generation, Coffee Lake Core i7 will not only have 6 physical cores but 6 logical processors as well (for a grand total of 12 threads). You can thank AMD for that one. The complete specs of the lineup can be found below:

The source has also revealed the timeline for the processors:

A confirmation by ASRock has also revealed that Intel will not be supporting Coffee Lake processors on the 200 series chipset. This means that the shiny new Z270 board that you just bought for the Skylake platform will not be able to run Intel’s Coffee Lake offerings that are landing later this year. While this is something that we have seen from Intel for quite some time now, things were expected to change a bit due to the company’s monopoly being broken with Zen. However, that does not seem to be the case as far as Intel management is concerned. 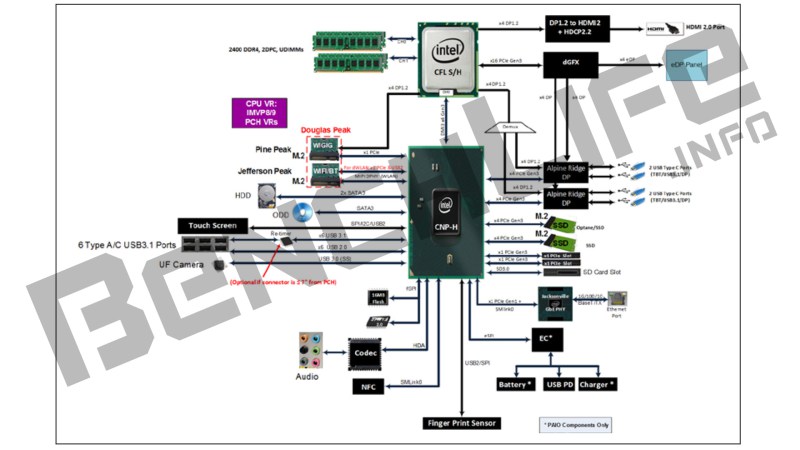 Since Intel’s 8th Generation processors will not work on the LGA 1151 socket, this would mean that 100 and 200 series motherboards will not support Coffee Lake-S based processors. This includes the mainstream 6 core all the way down to the Celeron parts. While it was originally thought that support might be included, word on the rumor mill is that Intel is working on a brand new iteration of the socket called the LGA 1151 v2 which, while having the same number of pins will not be backwards compatible with LGA 1151. The Intel 300 series motherboards are thought to feature this LGA 1151 v2 socket.

It would appear that Intel’s management still remains supremely confident about the monopoly of the Intel brand – and for the first time in many years, that might be a dire mistake. AMD has always had a very aggressive consumer-first philosophy while Intel’s can only be stated as a sharp contrast to the same. Since the socket is pretty much the same for all intents and purposes except the v2 moniker and the microcode limiting backward compatibility – we can only assume Intel is doing this to stimulate more sales – at the cost of the consumer. For all intents and purposes it seems that management does not realize how much threat the Zen uArch truly poses to the company.

One of the more interesting leaks was the CNL-PCH block diagram which details the Coffee Lake-S and Coffee Lake-H series processors. Intel will keep support on the CNL-PCH intact. The new chipset does mean that Intel has the opportunity to change the socket and considering the unusual die structure and later support for 10nm processors, we can expect that to happen. LGA 1151 will have served two processor generations by then, Skylake and Kaby Lake.

Starting with the details, we have the Coffee Lake-S/H series processors which can support DDR4-2400 MHz memory (native) in dual channel mode. The GPUs on these chips allow support for DP 1.2 to HDMI 2.0 and HDCP 2.2 connectivity. There’s also several x16 PCIe Gen 3.0 lanes which can be used to power discrete graphics and eDP Panels for smoother frame rates.