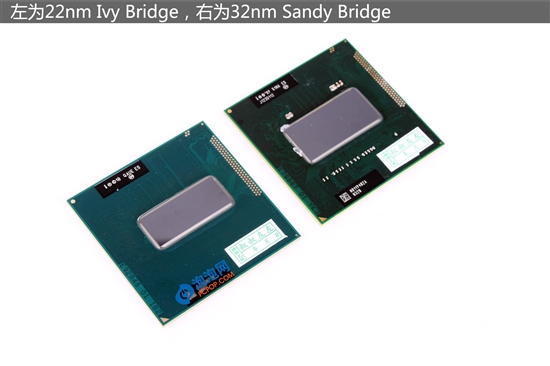 The Ivy Bridge Mobile Chip detailed here was a High Tier Quad Core Model featuring 8 threads and was compared side by side with Sandy Bridge's Top Tier Core i7 2960XM Processor. The core area is clearly seen smaller on the Ivy Bridge CPU when compared to Sandy Bridge's sample: 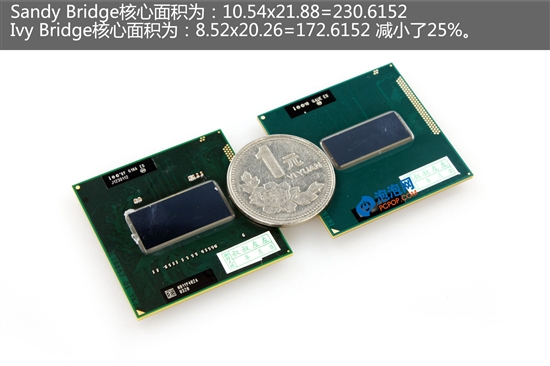 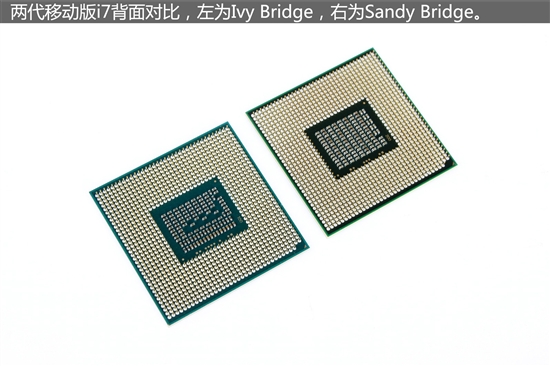 The Die Size was measured using Vernier Calipers and Following are the dimensions of both CPU's: 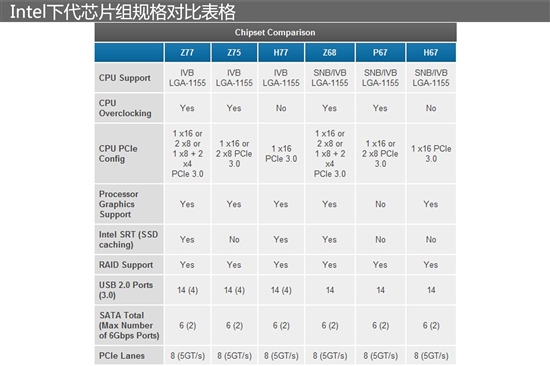 Although current 6 Series Chipset's Support Ivy Bridge well but Intel has still recommended Manufacturer's to equip the Ivy Bridge Processors with the new 7 Series Chipset's to get the most out of the new CPU's with features such as  native PCI-E 3.0 and USB 3.0 support.

The Main Advantages Ivy Bridge Architecture features over Sandy bridge is an Improved memory controller, L3 cache, optimized instruction set which would result in a better Per Core Performance and Ivy Bridge would also implement a DX11 IGP for the first time in Intel's Processors which would provide features such as Triple Screen Output, Parallel computing and Better GPU performance in Games and Applications. Ivy Bridge will Launch in Q2 2012.

You can check out more slides below or head over to Source. 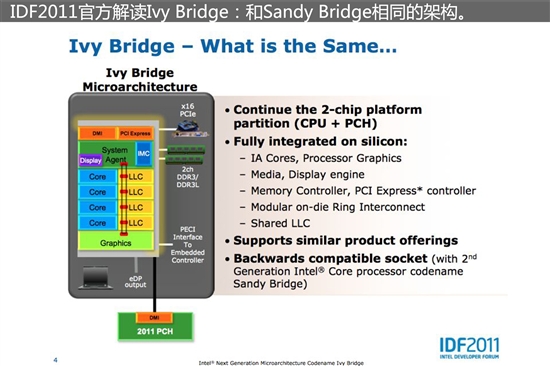 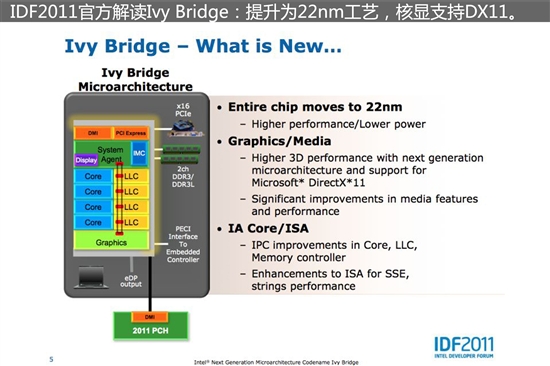 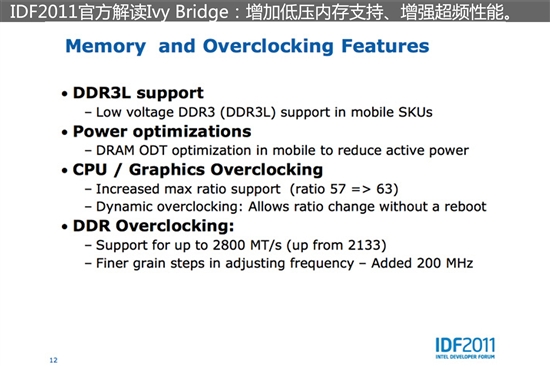 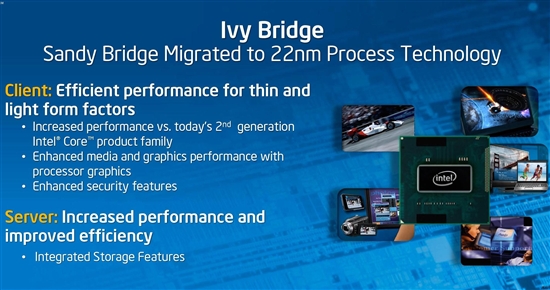