For people who were planning to upgrade to Intel's latest 10nm architecture codenamed Cannonlake, there's bad news from Benchlife as the processor family has been delayed to second half of 2017. Cannonlake which was previously pushed to early 2017 will now be moving several months back from its launch date while Kaby Lake will act as the gap filler family to offer desktop and mobility users an upgrade path on existing platforms. 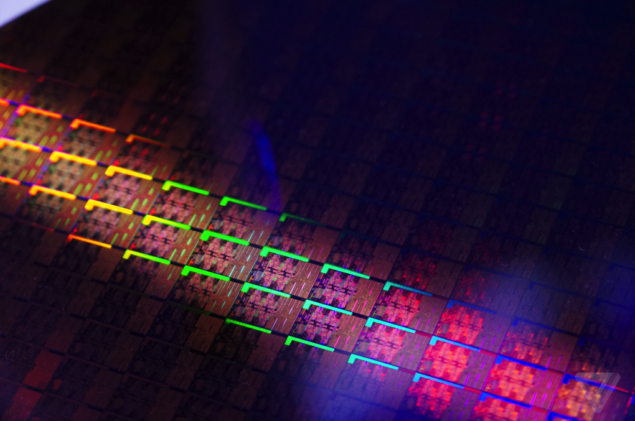 Poor yields have been a major issues which have affected the production of chips with smaller process nodes. Intel Broadwell was the first chip that was affected due to poor yields since it was making use of a new 14nm process node and it came two years after the launch of Haswell (Haswell Desktop came in 2013 and Broadwell desktop came in 2015). Intel's Skylake made use of a similar yet refined 14nm process node while featuring a better core architecture. The Skylake processors have been available in the market since 1st August and there are still several chips that have yet to make their way to the market in 2015 and 2016. With the process nodes becoming complex day by day and yields being a major issue, Intel issued their plans to move towards a totally new, 2.5 year 'tick tock tock' cadence.

As node transitions lengthened, we adapted our approach to the Tick-Tock method, which gave us a second product on each node. This strategy created better products for our customers and a competitive advantage for Intel. It also disproved the death of Moore’s Law predictions many times over. The last two technology transitions have signaled that our cadence today is closer to 2.5 years than two.

To address this cadence, in the second half of 2016 we plan to introduce a third 14-nanometer product, code named Kaby Lake, built on the foundations of the Skylake micro-architecture but with key performance enhancements. Then in the second half of 2017, we expect to launch our first 10-nanometer product, code named Cannonlake. We expect that this addition to the roadmap will deliver new features and improved performance and pave the way for a smooth transition to 10-nanometers.

This delay didn't affect mobility years as much as it affected desktop users as Intel themselves revealed that it was a mistake to leave the desktop PC market in dust. After Skylake, Intel planned to launch Kaby Lake and the 10nm Cannonlake processors. The 14nm Kaby Lake were going to launch in 2016 but it seems like we might only see a few mobility chips (mainly the Kaby Lake-Y and Kaby Lake-U series) in Q4 2016 while the remaining parts that include performance desktop and mobility chips will see the light of day in Q1 2017. The Cannonlake processors themselves would arrive in late 2017 for desktops and mobility but it isn't pointed whether all the chips will make their way to the market in 2017 or we will see a mobile focus push in Q3 '17 followed by more desktop chips in either Q4 '17 or early Q1 '18.

As for the desktop parts, we will see Kaby Lake-S  (4+2) and Kaby Lake-S (2+2) SKUs. These chips will feature the GT2 graphics chip and feature integrated HDCP 2.2 support. These chips will be compatible on the existing LGA 1151 socketed boards that include the current Z170 PCH (SKL PCH-H) and the upcoming Z180 (KBL PCH-H). The new processors will start arriving in Q4 2016 with the quad core parts, the dual core parts will arrive later in Q1 2017. There's also a new Skylake 4+4e family planned for launch in Q4 2016 which will be compatible with only KBL PCH-H (Z180 platform) which is surprising considering that Kaby Lake itself is compatible on both platforms while Skylake processors will require the newer platform for proper support. It kind of sounds like a repeat of the Broadwell-C series which was the only desktop chip launched in the Broadwell family that had GT4e iGPUs and vast eDRAM cache of 128 MB. For Kaby Lake, this eDRAM cache is increased from 128 MB to 256 MB and also offers several enhancements to the core GPU design structure to lift performance levels across the board.

Talking about the Kaby Lake-S platform itself, it's not vastly different to the Skylake-S platform as it retains support for DDR4/DDR3L memory types. The platform is updated with additional PCI-Express lanes to fully support the upcoming Optane Storage from Intel that uses 3DX Point memory. The platform also supports Thunderbolt 3, PCI-e SSDs and USB 3.1 controllers. This news does put Kaby Lake on a similar path as AMD's Zen which is expected to hit the markets close to 2017 and will pack vastly improvement IPC and performance over the company's older Bulldozer core and its derivatives.