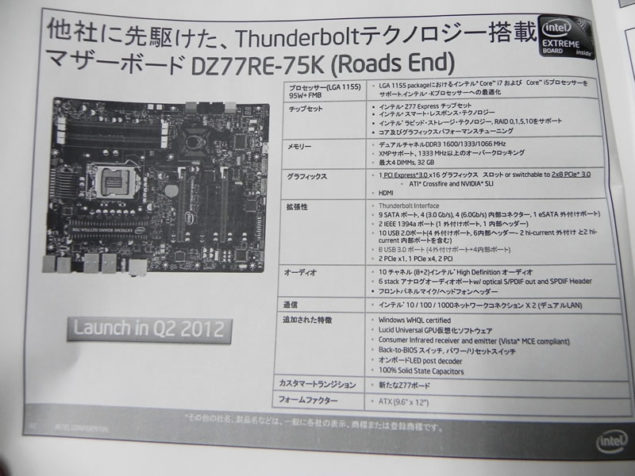 Intel's latest Z77 platform is about to launch next month, The company is also preparing a new Extreme Edition Motherboard based on the Z77 chipset "DZ77RE-75K" which would feature Thunderbolt support and LGA1155 socket to allow compatibility with Ivy Bridge processors.

The motherboard is expected to launch in Q2 2012 or early April along with another Intel Z77 Motherboard "DZ77GA-70K".