The first pictures of Z270 and H270 motherhboards that are based on Intel's upcoming 200-series chipset have been revealed. Motherboards from Supermicro's SuperO brand have been detailed which will support the next-generation Kaby Lake CPUs.

The motherboards pictured are from Supermicro and branded under their SuperO brand. The SuperO brand includes products designed for gamers and enthusiasts. There are four motherboards that have been listed over at SuperO's webpage along with pictures and features. Some of the common features among these motherboards include:

These are the first actual 200-series products which will be available for sale on 5th January when Kaby Lake officially launches. All motherboards will be priced to compete against various other brands who will have 200 series products on market.

The first motherboard to detail is the SuperO C7Z270-CG. This motherboard is a full ATX sized product that comes in black and green color scheme. We can clearly see the LGA 1151 socket in the top center location. The motherboard features a very beefy PWM supply that is cooled off by heatpipe (interconnected) heatsink. The motherboard also comes with a I/O cover that extends the length of the entire left side. CPU socket is powered by a 8-Pin connector while motherboard receives power from the 24-Pin ATX connector. 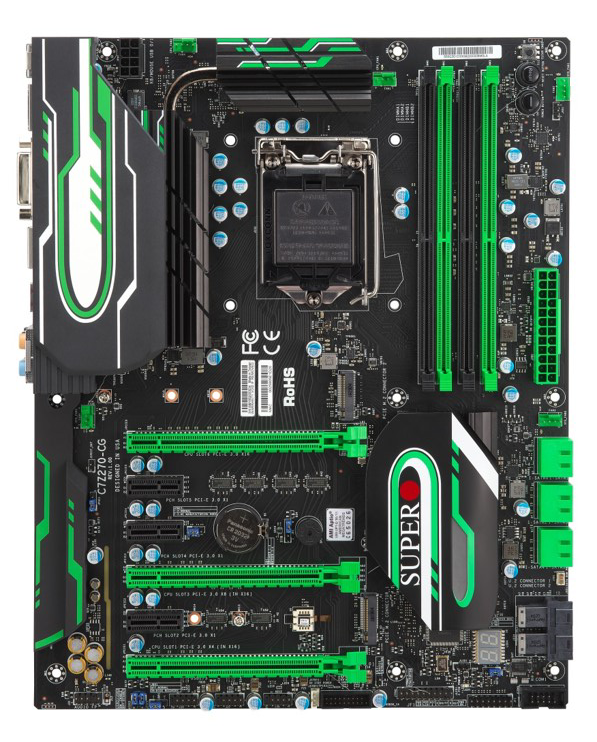 The motherboard has four DDR4 DIMM slots. Kaby Lake CPUs support dual channel memory with capacity up to 64 GB. There are total of three PCI-e 3.0 x16 slots and three PCI-e 3.0 x1 slots. We are also looking at two M.2 slots to support next generation flash devices. There are also a set of two U.2 ports on the bottom of the SATA ports.

Storage includes six SATA III 6 GB/s ports and since this is a high-end product, we are also looking at a few switches for Power and Reset functionalities.

Next in the family is the C7Z270-PG which is designed for gamers. This motherboard comes in a black and silver color scheme. Most of the specs are similar to the CG model but is feature less in other departments. There are two heatsinks for the VRMs, although they don't have heatpipe solution. Expansion slots include 4 PCI-e 3.0 x16 and a single PCI-e 3.0 x4 slot. A PLX chip could be hidden below the heatsink, located beneath the CPU socket to add extra lanes. There are two M.2 slots for NGFF devices. 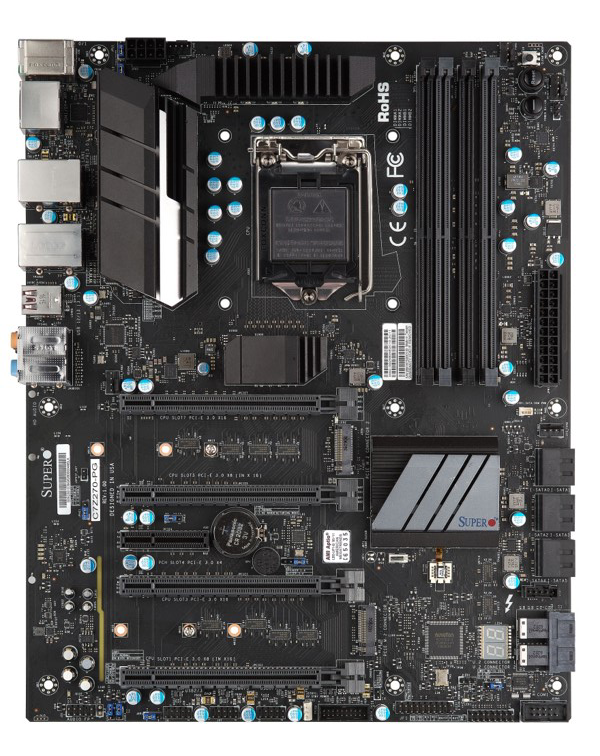 Storage includes six SATA 6 GB/s ports and we also see the two unidentifiable connectors below them. I/O should be enough to handle the needs of every gamer.

SuperO's C7Z270-CG-L follows the traditional red and black color scheme which we have seen on countless gaming motherboards. This board has a 7+1 phase PWM supply to power the socket and is provided juice through a single 8-Pin connector. Expansion slots include two PCI-e 3.0 x16, three PCI-e 3.0 x1, one PCI-e 3.0 x4 and two M.2 slots. Storage options include six SATA III 6 GB/s ports. Expect this board to cost below $200 US. 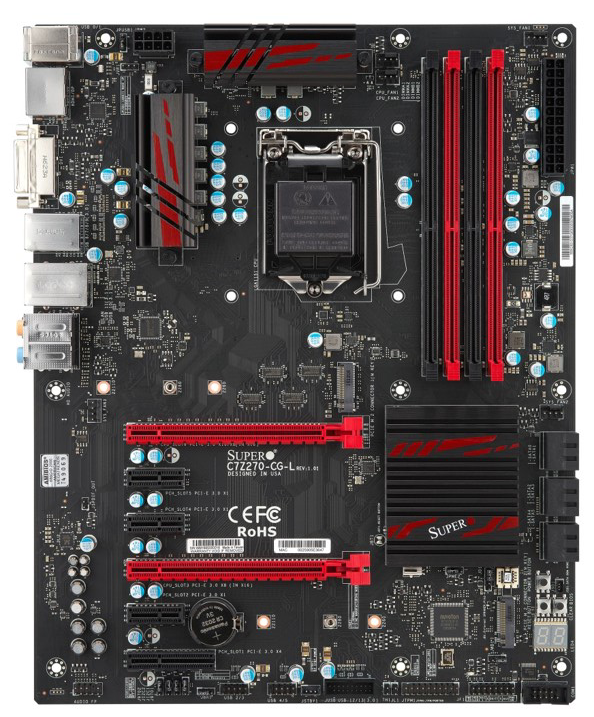 The C7H270-CG-ML is the only H270 chipset motherboard listed on SuperO's webpage. This motherboard also comes in a red and black color scheme but has the M-ATX form factor. It's very cost effective and should cost below $150 US. We are looking at a 6 Phase PWM supply for the socket that is powered by a 8-Pin connector. The board retains all four DDR4 DIMM slots. Expansion slots include a single PCI-e 3.0 x16, PCI-e 3.0 x4 and PCI-e 3.0 x1 slot. There's also a single M.2 slot on the board. Storage is offered through six SATA III 6 GB /s ports. 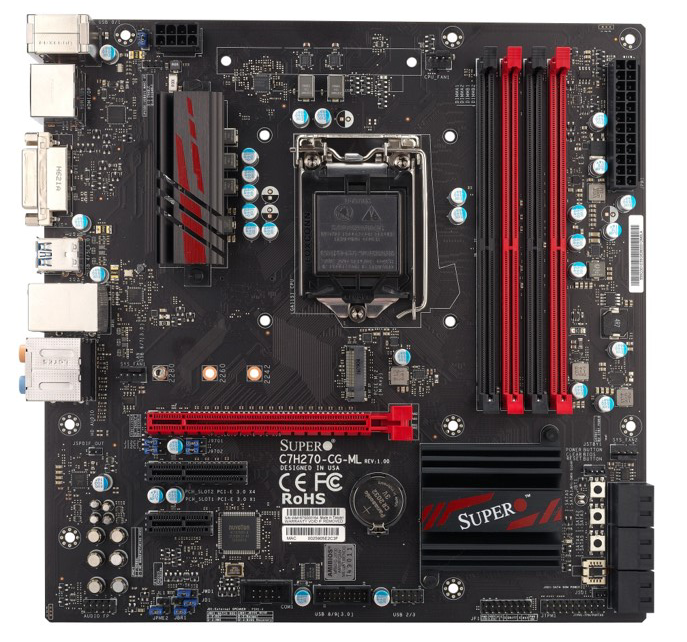 Expect to learn about more 200-series motherboards in the upcoming month as board vendors prepare to market their new products before launch of Kaby Lake-S platform for desktop PCs in early 2017.