Intel Xeon Phi uses Intel's MIC (Many Integrated Core) Architecture, having as many as 60 Cores in one package. So far the Xeon Phi Coprocessors have been employed in HPC and Supercomputing clusters in the GPU form factor. Literally. From using PCI-E to using a Blower Fan cooling schematic. However we have received word that Intel's Xeon Phi will be available soon in the normal LGA Socket Packaging.

Needless to say the GPU form factor had a couple of advantages (which is why it was chosen in the first place). Of the top of my head there is the loss of GDDR5 memory.  Currently Intel Xeon Phi Coprocessor enjoys a 512 Bit GDDR5 memory with bandwidth of 352GB/S. However if Phi comes to the LGA Socket, it will loose GDDR5 and best case scenario have the DDR4 memory. Now thing is even though its bandwidth will drop to 150GB/s it can have memory up to 256 GB which might be a nice compromise - if utilized. 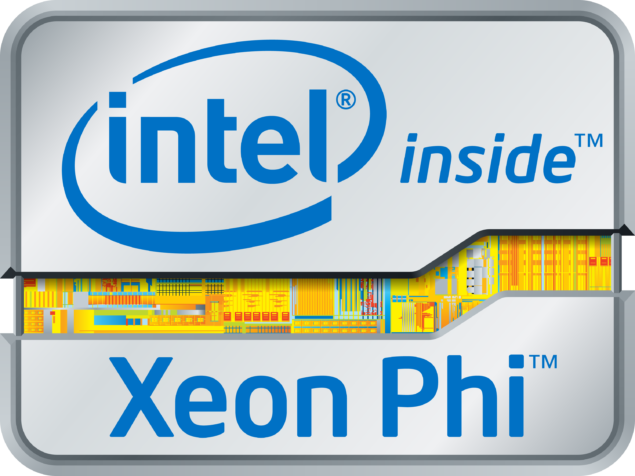 Now the Haswell and Skylake based Intel MIC will be codenamed "Knights Landing" and will utilize AVX 3.2 and 14nm Fab Process. However previously the Skylake refresh of Knights Landing was supposed to employ PCI-E 4 which might have given a massive performance boost to HPC. That is ofcourse the other major disadvantage. Xeon Phi is and will mostly be utilized in HPC Clusters. So far it is much easier to employ multiple GPU Form Factors than Multiple Socket Processors/Coprocessors. Shifting to a complete LGA Socket only ideology might actually result in Intel shooting itself in a well established niche.

The Coprocessor evolved from the following idea:  A GPU is like ten thousand monkeys taught to do a single job while a CPU is like a group of 10 highly intelligent scientists. in HPC Clusters the GPU cannot be left to its own devices rather have a CPU guiding it (Mantle and HQ/HSA anyone?). The Coprocessor on the other hand is the perfect device for HPC. If i were to extend the analogy i would say it is about  thousand moderately educated human beings. Xeon Phi Coprocessors, unlike GPUs can perform alone, without any CPU guidance and that is where their major advantage compared to GPGPUs and CPU lies. I.e. a mix of both worlds, a middle ground. We however fear that moving to an LGA Socket form factor may not be the best of ideas.