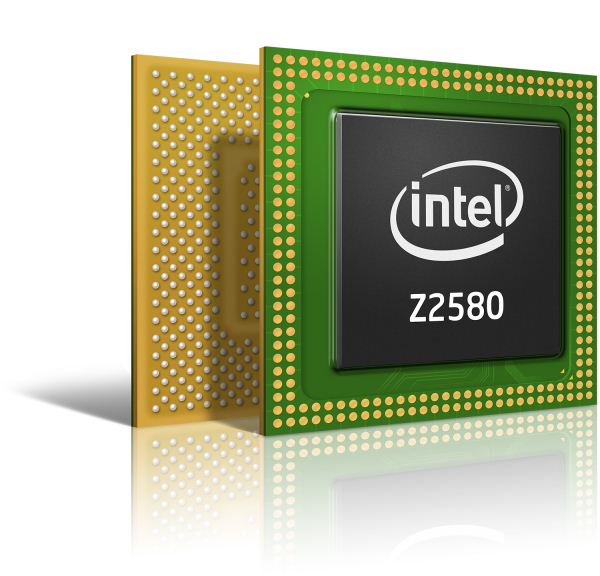 Intel unveiled their latest Clover Trail+ SOC (System On Chip) at the Mobile World Congress 2013 equipped with a Dual Core CPU and faster graphics. Clover Trail+ is still based on the 32nm architecture and retains most features from the original Clover Trail SOC but includes faster graphical performance and an extra core which come handy in computational tasks for smartphones and Tablets.

Intel has introduced three SKUs in its Dual Core Clover Trail+ SOC lineup which include the following: 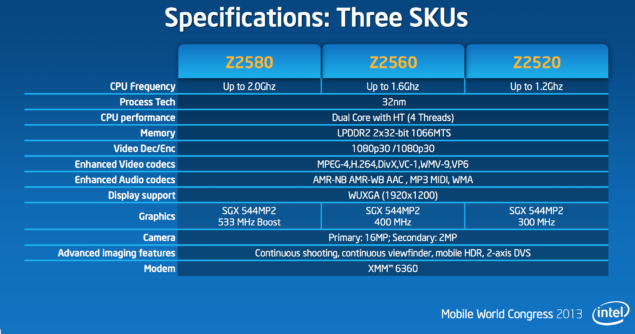 GPU performance is almost 3x the times of the original Clover Trail SOC all thanks to the faster and dual PowerVR SGX 544 cores which has DirectX 10 class hardware texturing level. It has 34.1 GFLOPS of raw performance.

Additionally, Clover Trail+ updates the Intel SOC lineup with XMM 6360 baseband which brings 3GPP release 9 support, with 42Mbps DC-HSPA+ (Category 24) support. With the new Clover Trail+ SOC unveiled, Intel also announced an update to its FFRD smartphone with the specifications mentioned in the spec sheet below: 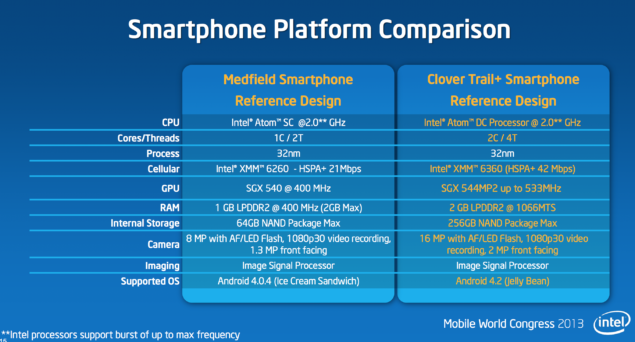 Intel will introduce its 22nm silvermont based SOC's a little later this year, till then Intel's Clover Trail+ SOC would keep things spiced up in the mobile smartphone sector.