Intel has officially launched their latest, Skylake based Xeon E3-1200 V5 'Greenlow' family of processors which will power single socket platforms in the workstation and server markets. The Skylake Xeon E3-1200 V5 lineup which has launched today consists of 11 Xeon processors while three more are going to make their way to the market in 2016, featuring faster graphics processors and embedded DRAM. 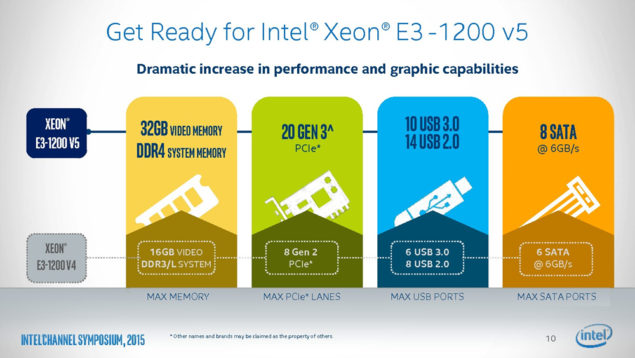 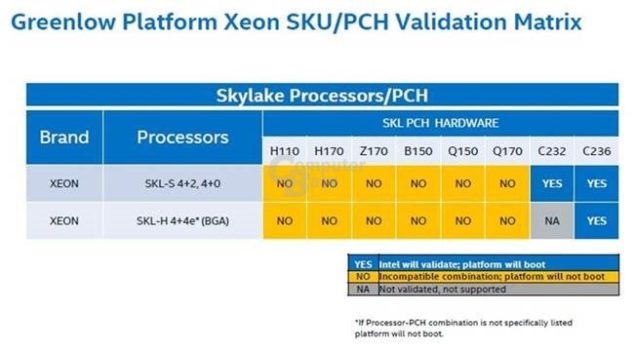 Now Intel has made a slight change when it comes to compatibility of Xeon chips with consumer grade boards. Previously, Intel had allowed compatibility of Xeon processors on Z/H/Q series motherboards but they are now changing the support and excluding the 100-series chipsets from support of their new Xeon processors. Intel has their own slides showing that the Skylake Xeon chips will be compatible only with C232 and C236 boards while the BGA processors will be compatible with the C236 chipset based motherboards. It has been reported by Computerbase that most of the motherboard manufacturer's stated that Intel has not yet communicated publicly with them if they mean to deliver a new BIOS that allows Xeon processor support but for now, Intel has made it very official that they are keeping support limited to the workstation focused, C230 series chipsets. If any one does try fit a Xeon chip inside their Z170 motherboard, then the processor will determine an invalid combination and the platform will simply not boot. 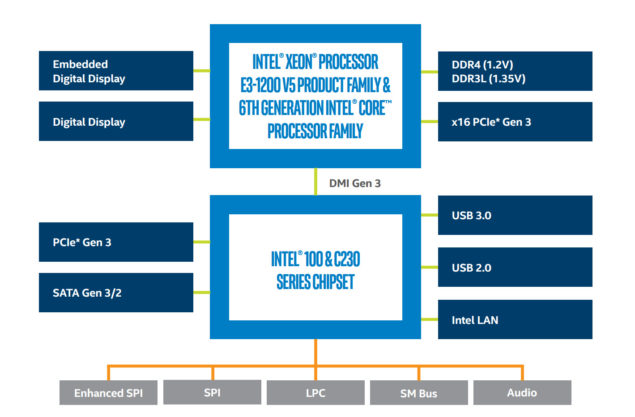 Finally, we have the BGA parts that consist of the Xeon E3-1585 V5, a multi-threaded quad core with Iris Pro graphics and 64 MB eDRAM cache. The Xeon E3-1585L V5 is a similar design but has a lower TDP of 45W while the quad core (No Multi-threading) Xeon E3-1565L V5 features the Iris Pro graphics with a TDP of 35W. Clock speeds of these chips have not yet been determined. Just in case you were wondering, Intel has also launched Skylake Xeon processors for their mobility platforms weeks ago. The BGA processors will hit the market later in 2016 while the rest of the lineup is now available for grabs along with new C232 and C236 chipset boards.