As we had detailed earlier, Intel is lifting the NDA on reviews today, do note that those who pre-order the processors or plan on buying one won’t get their chip or motherboard in hand till 26th of June. Nevertheless, those who do plan to buy or upgrade to the X299 platform can check out the reviews prior to their purchase. Intel is segmenting their ‘Core-X’ series family into three parts. These include the following:

As detailed earlier, the initial launch would include the Kaby Lake-X and Skylake-X processors. The Kaby Lake-X lineup features two models and are priced below $350 US. The Skylake-X family comes with up to 10 cores (initially) and priced up to $1000 US. Lastly, we have the XCC (Extreme Core Count) models which will ship with up to 18 cores priced up to $2000 US but launching during Q3 2017.

So starting off with the processors, you can find the following chips for pre-order at:

Alongside the Core-X series processors, the X299 motherboards are also available for pre-order. The motherboards will officially hit retail stores on 26th June (27th June depending on your exact location) but those who want it shipped to them on launch day as soon as possible can pre-order now. Following are a list of motherboards that are listed along with their prices so do check them out. 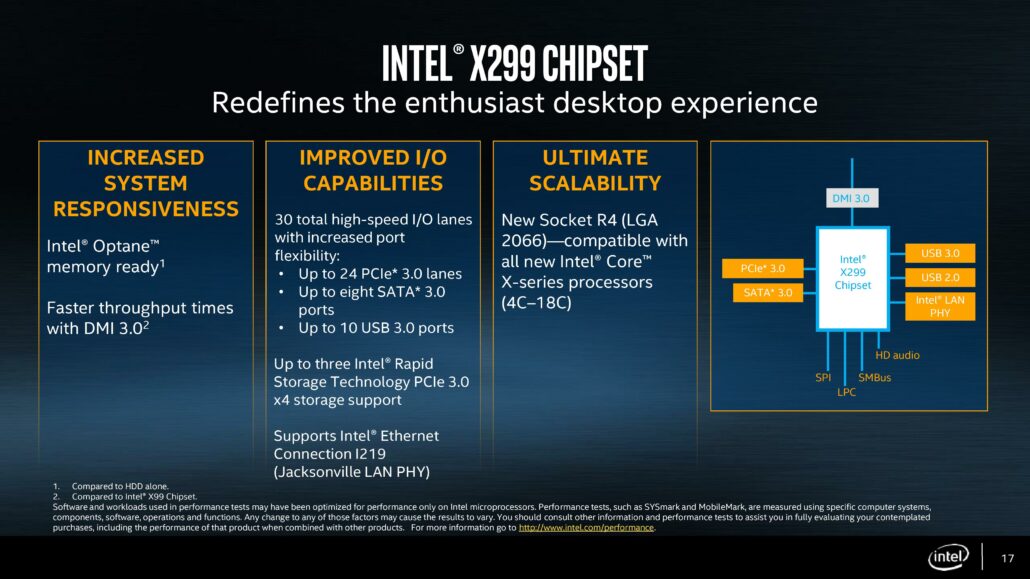 If you are interested in some of the motherboards but cannot find enough details on them, don't worry as we have them covered. You can find details for motherboards by different manufacturers at the following links:

For the full review round up, you can head over to our detailed post over here. I hope this post fulfills its purpose to cater to buyers of the upcoming X299 Core-X series platform. The platform officially launches for market availability on 26th of June.